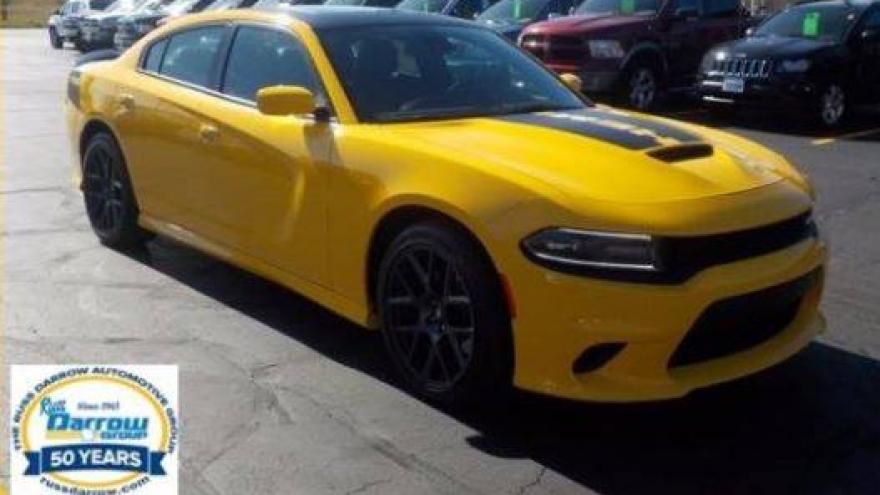 Police pursued for a short distance until the officer lost sight of the car and the chase was terminated.

The car and suspect are still at large.

A suspect or suspects broke into the dealership and stole the yellow 2017 four door Dodge Charger with no license plates from the showroom floor.

The Charger has a gold interior and the hood scope has black racing stripes.

If you see the car driving around you are asked to call 911 and if you have any information West Bend Police ask that you call them at 262-335-5000.