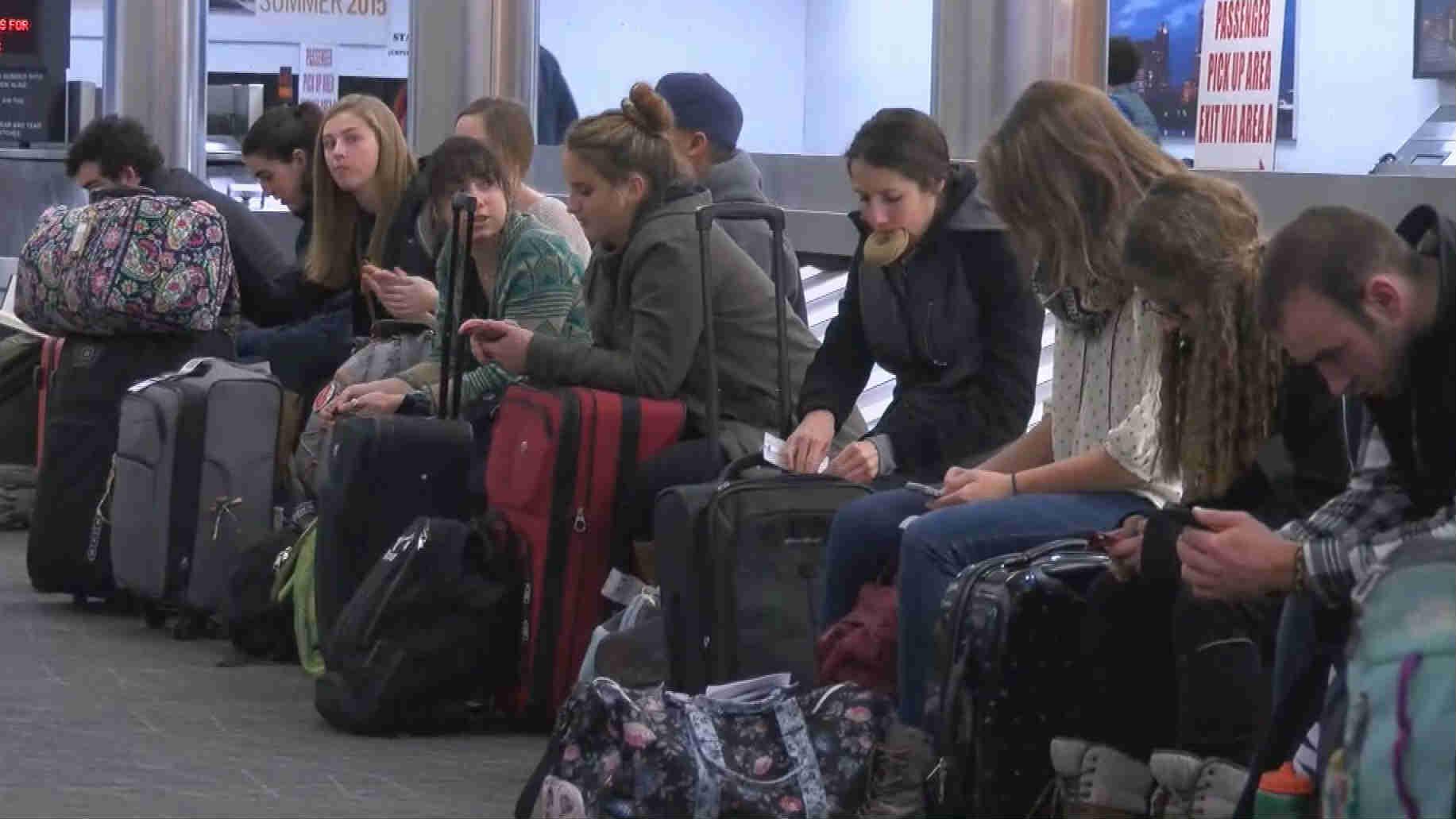 A trip to the airport on the busiest travel day of the year sounds like a headache waiting to happen. But Sunday wasn't so bad for travelers at General Mitchell International Airport in Milwaukee.

\"No, it was wonderful and now I'm here,\" Sandra Anderson said, fresh off a plane from Dallas.

Anderson was one of an estimated 17,000 passengers to fly into and out of Milwaukee Sunday. The biggest complaint: crowded planes.

\"They were totally full and had a lot of standby and if I was really wanting to disappoint my mother, I would've taken that $400 voucher,\" Anderson said.

\"Going home [to Minneapolis] it was nothing, but coming back it was definitely a packed flight,\" college student Lauryn Kennedy said while waiting at baggage claim.

\"There was this huge line to get to, but we already had our boarding pass but it went really quite quickly,\" Norman Fedderley said.  The West Bend native flew in from Baltimore.

\"It took about 30 minutes to get right through security and the gate, so that's good,\" Schlesinger said while waiting on a tarmac in Chicago.

On Wisconsin's highways, traffic flowed at freeway speeds, even with an estimated one million people hitting the roads.

\"Wasn't sure what the weather was going to do, but it's been great,\" Todd Heuer said while getting gas at a truck stop on Ryan Road.  \"No worse than driving downtown on a work day.\"

The Milwaukee County Sheriff's Office boosted patrols on freeways during the weekend, but didn't report any major incidents.

\"Once you get past Chicago and get up toward the Wisconsin boarder, it thins out real good,\" trucker William Rice said.

Clear roads and an airport clear of delays on a weekend of gratitude gave travelers just two more things to be thankful for.

\"Everyone's coming off, full bellies, happy to see their families,\" Kennedy said, finally getting her bag and a shuttle.  \"Everybody's happy.\"