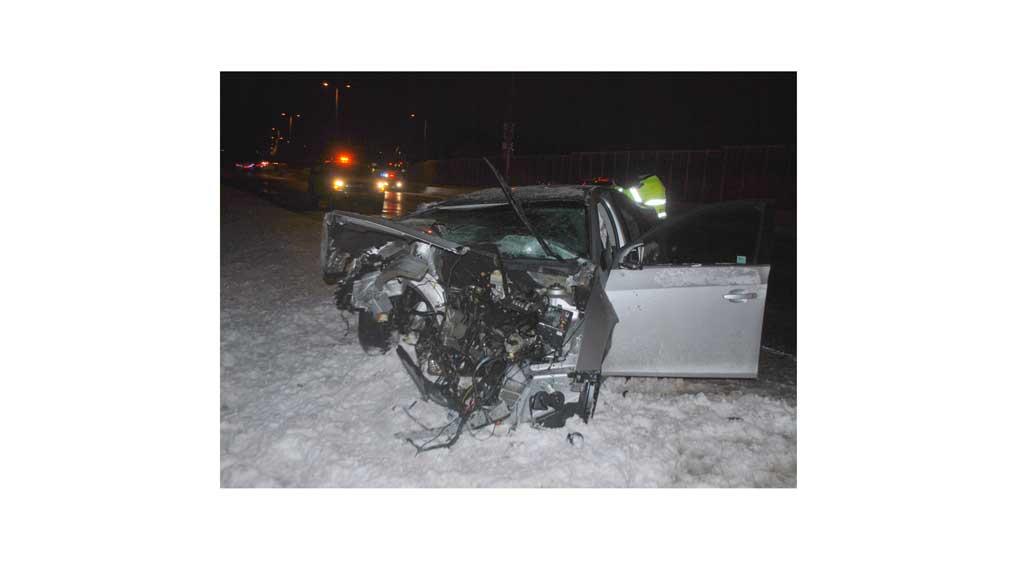 Milwaukee County Sheriff’s deputies responded to a call on Monday regarding a wrong way vehicle striking a county plow truck.

The Chevy Cruze got on at Loomis Road and was traveling westbound in the eastbound lanes of I-43, crashing at S. 51st Street.

The driver, JoAnn Quesada, age 51, of West Allis, was initially unresponsive, but breathing.

The entire front of her vehicle was torn off, with the engine lying in lane one.

Greenfield Fire Department emergency medical personnel began treating her at the scene, and transported her to Froedtert Memorial Hospital.

At the hospital, Quesada said she had been out with friends doing karaoke at Amelia’s Restaurant at 724 E. Layton Avenue in Milwaukee. She was treated, released, and transported to the Milwaukee County Jail on the following charges: DUI-1st and 2nd Degree Reckless Endangering Safety, a Class G Felony, punishable by up to ten years in prison.

The plow truck driver said that he tried to stop in place, but the vehicle struck him head on at about 55 mph. He was not injured.