Steady moderate to heavy rainfall throughout much of the day has caused a good deal of flooding around southeast Wisconsin, especially in Sheboygan and Ozaukee Counties where an Areal Flood Warning is in effect through 5:15 a.m. 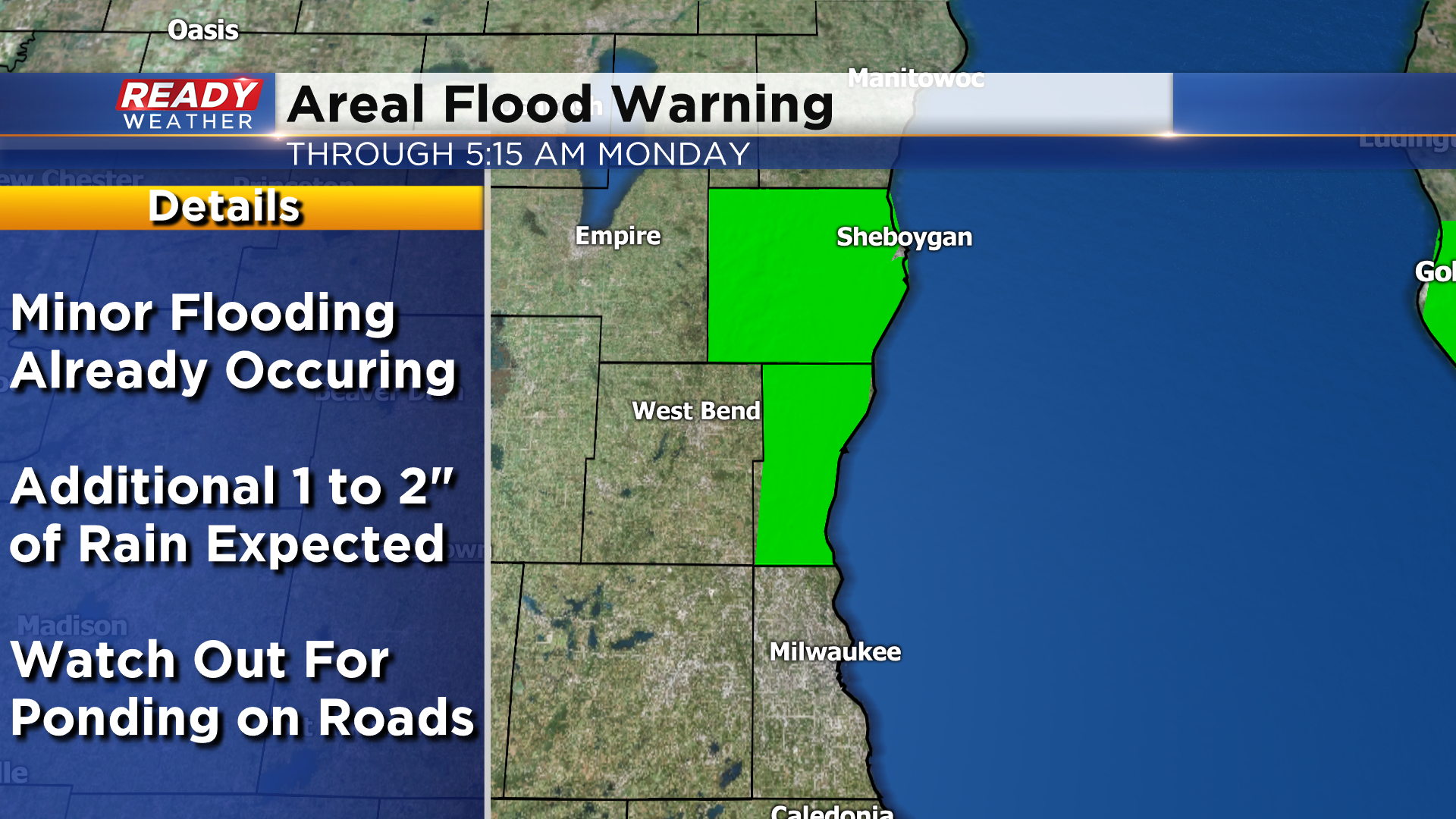 There have been numerous reports of flooded low lying roads in both counties, along with water in basements in the City of Sheboygan. 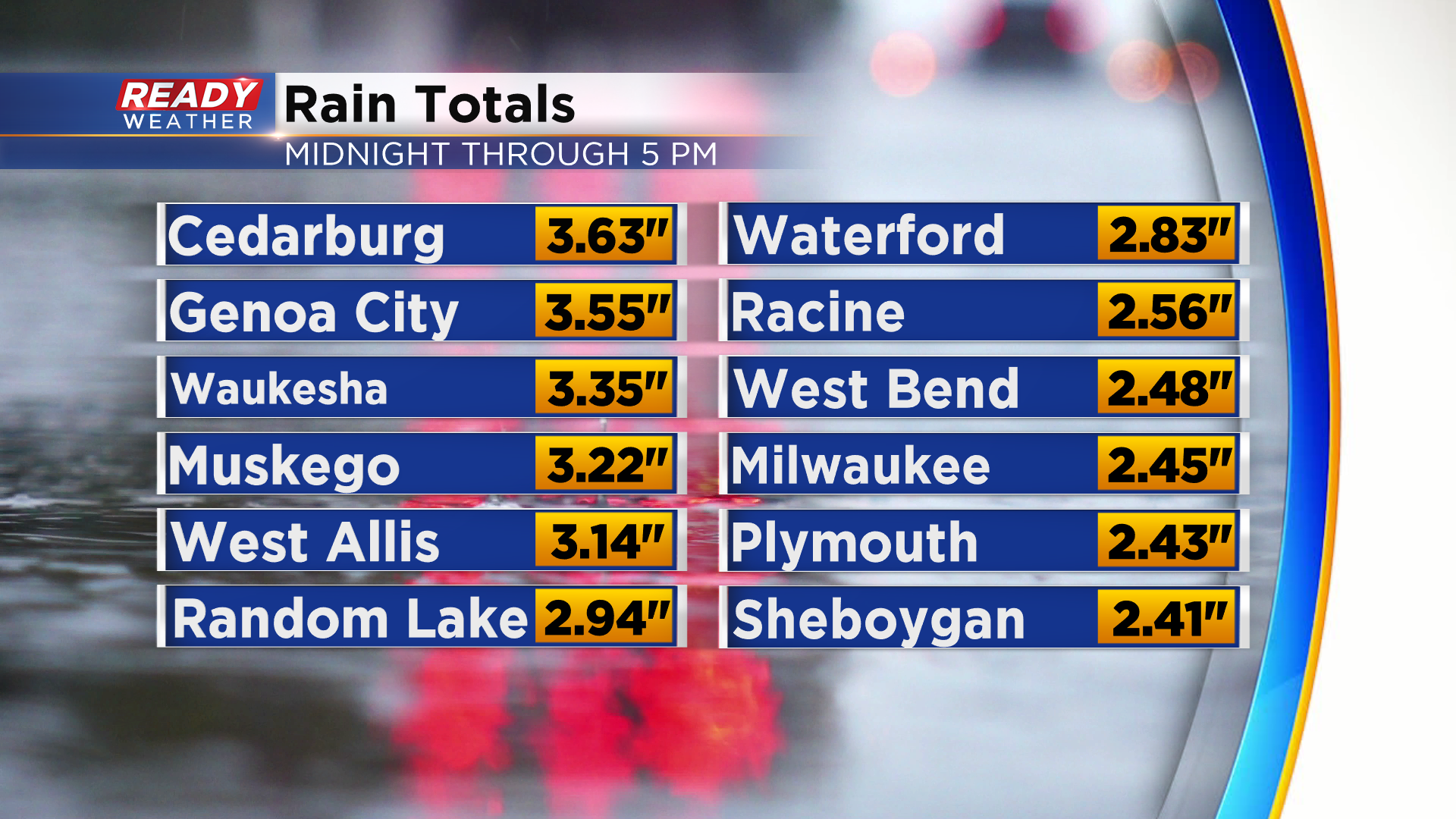 Another batch of steadier rainfall will push through lakeshore counties this evening, with rain becoming more scattered through the night. Drizzle and areas of fog are expected overnight as well. 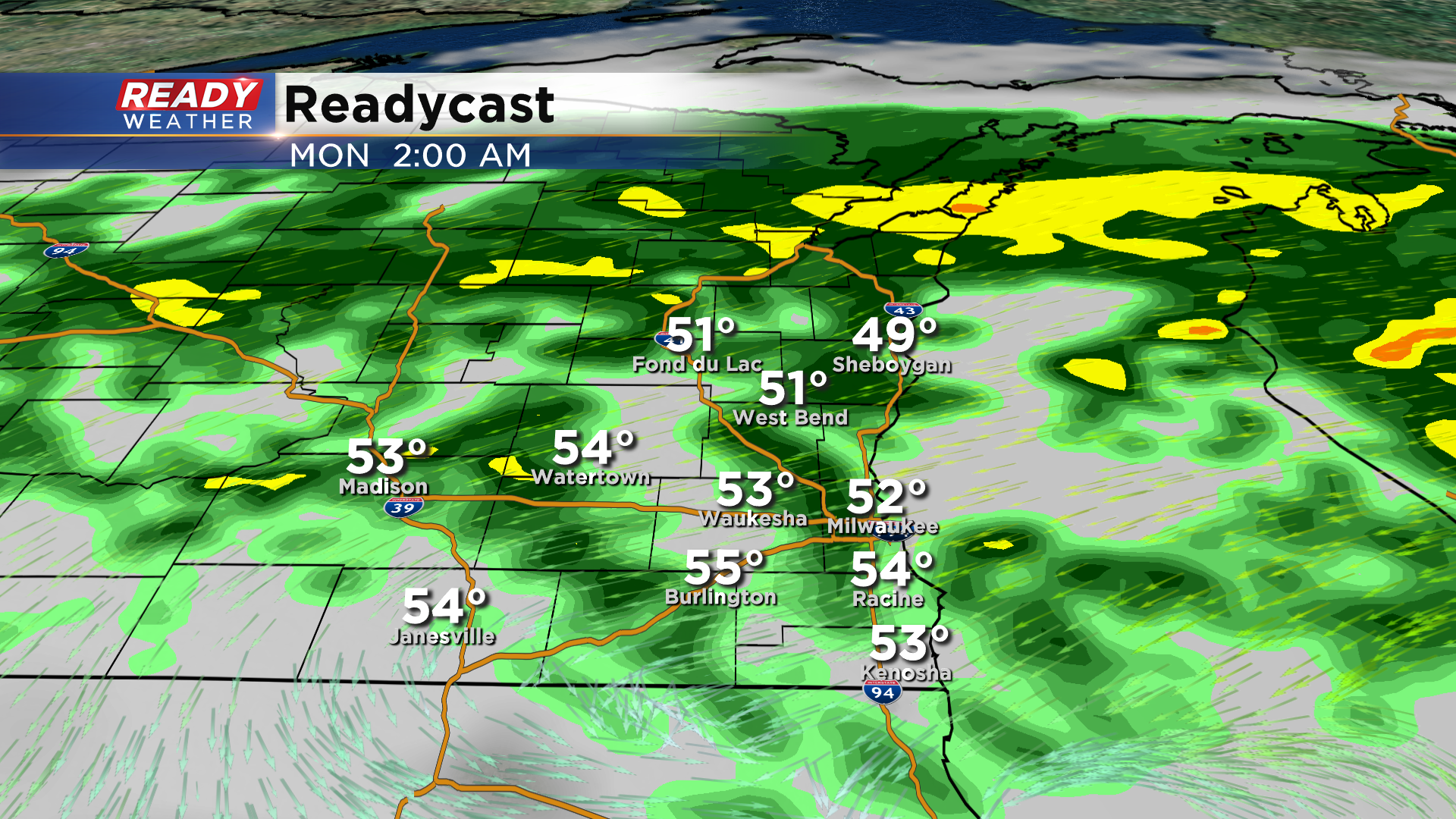 Unfortunately, this is a very slow moving system, so it’ll only be around southern Lake Michigan by Monday morning. Wrap around rain showers are expected throughout the day on Monday, but they won’t be as heavy as today. Showers could even linger into Tuesday morning before drying out Tuesday afternoon. 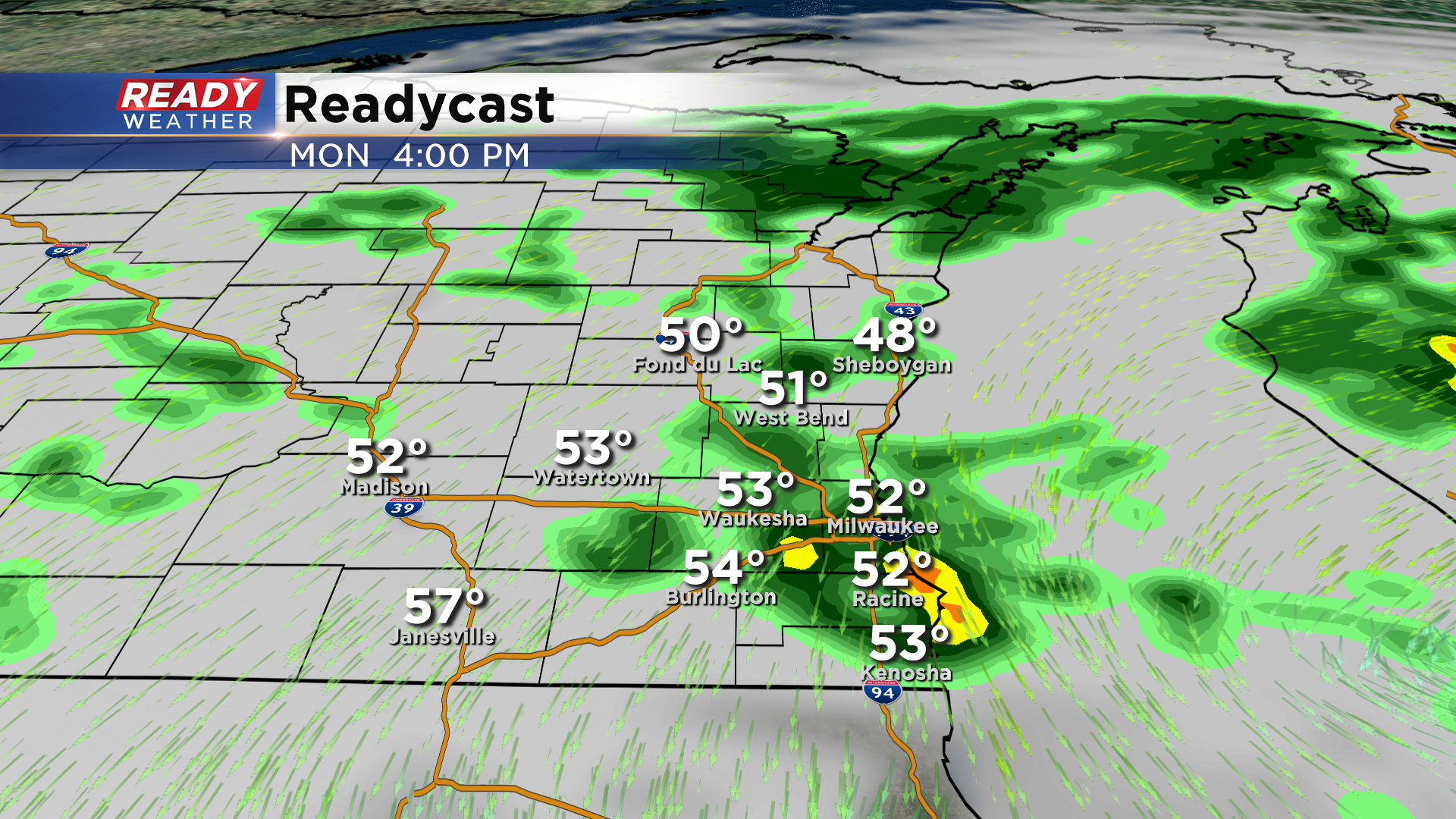 Lakeshore flooding will continue to be an issues tonight through Monday as strong NE winds gusting over 30 mph create 6-9 ft waves on Lake Michigan. With record high water levels still occurring on Lake Michigan, a Lakeshore Flood Advisory continues for all lakeshore counties through 7pm Monday. 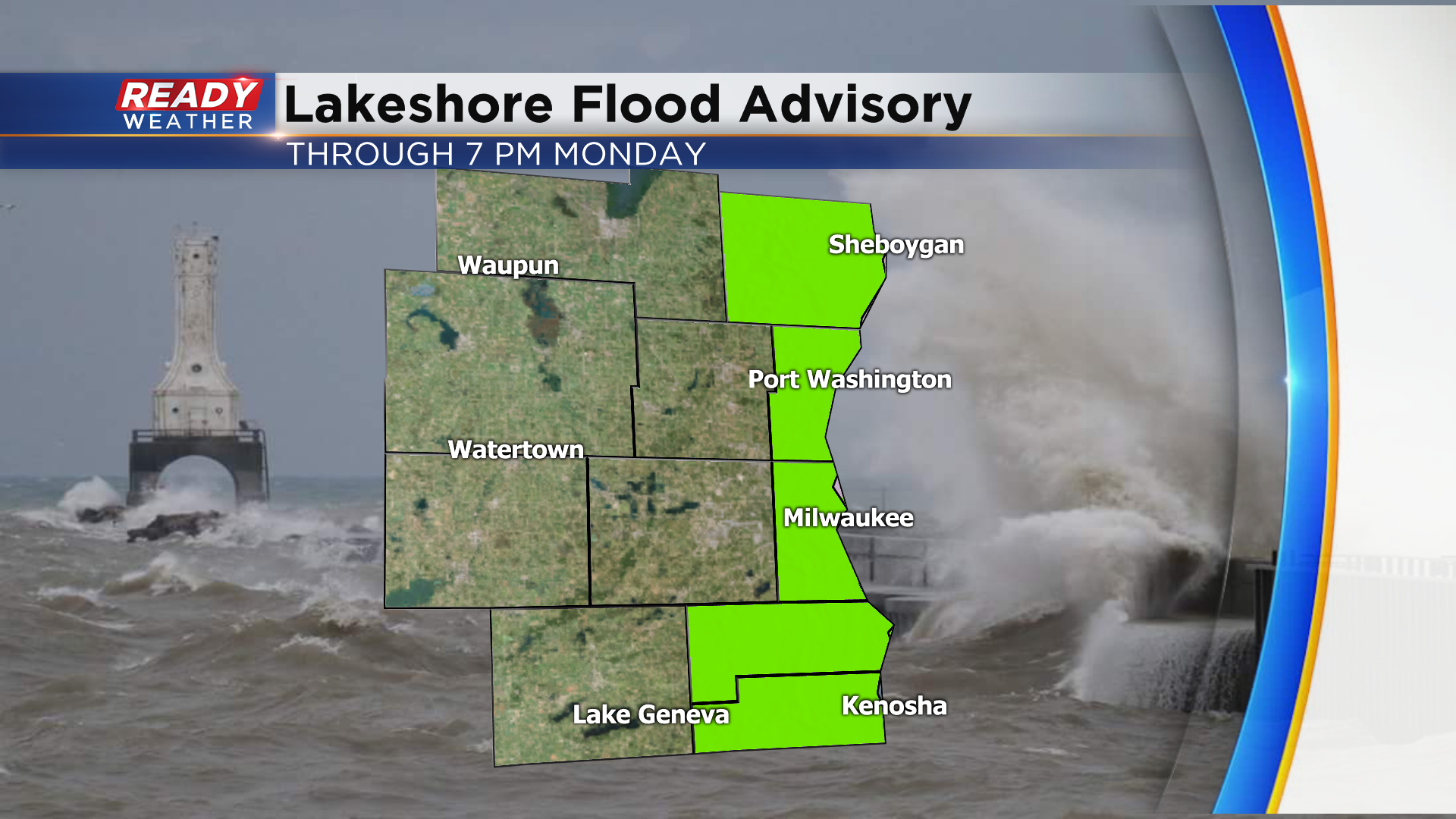 Of course all of this heavy rain means area rivers are on the rise. Currently the Root River in Franklin, Root River Canal in Raymond, the Fox River in Waukesha, Burlington, and New Munster, and Oak Creek in South Milwaukee are all under flood warnings until further notice. Both the Cedar Creek and Milwaukee River in Cedarburg are under a Flood Watch until Thursday morning. 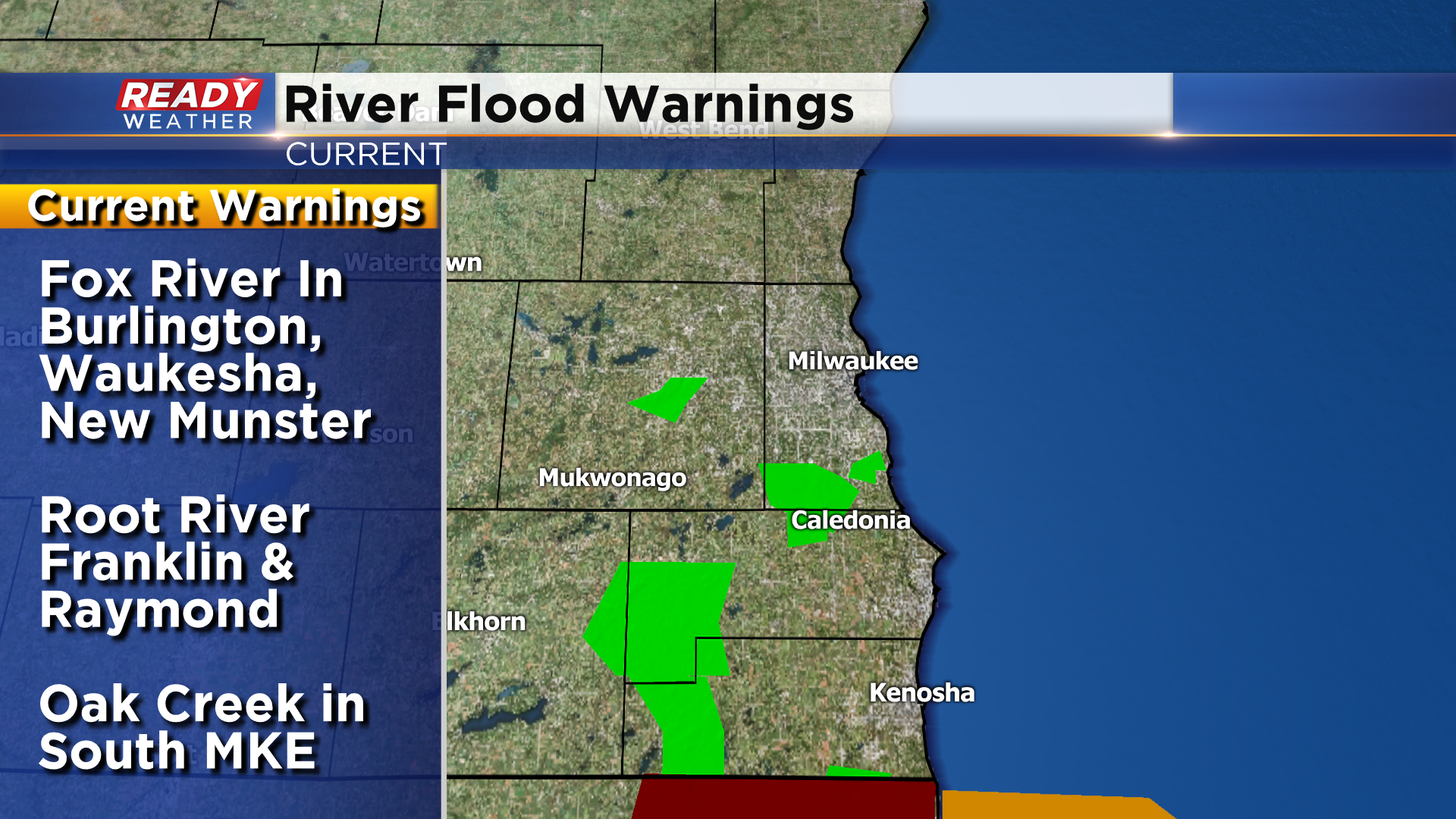