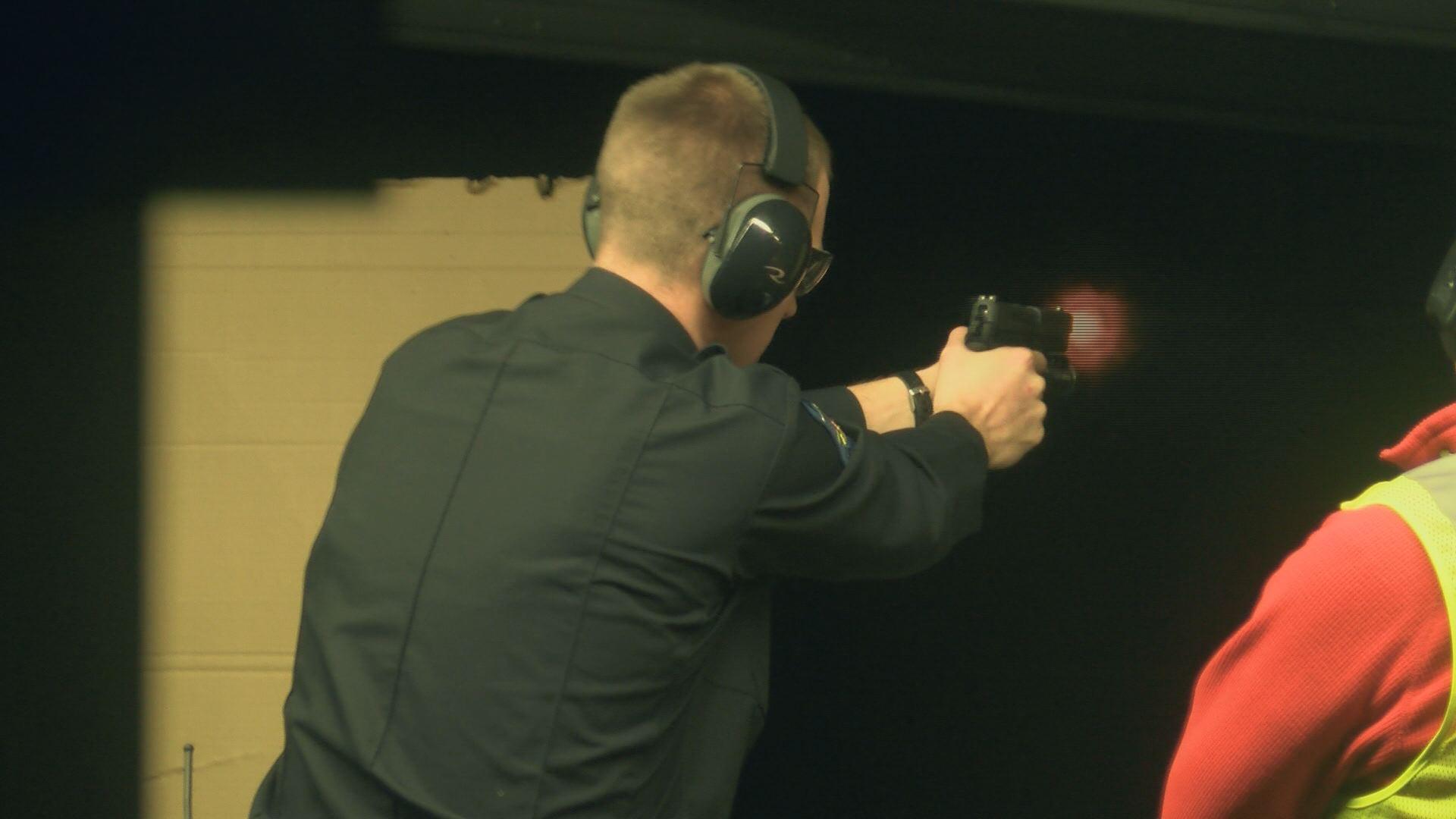 Police body cameras are one option now being discussed nationwide in the wake of the Michael Brown shooting and \"smart guns\" have become another.

It's described as high tech back up for police.

A chip is used in the gun and officer's smart phone, which sends a\"yellow\" alert when an officer draws his gun and a \"red\" alert when the weapon is fired.

The alert includes a location, time, and number of shots fired.

Rich Piagentini, an instructor at Waukesha County Technical College and a former police officer, said he believes this would be an asset to officers on duty who find themselves alone in a crisis situation.

In the Michael Brown shooting and Dontre Hamilton shooting in Milwaukee, the officers involved were alone when they fired their weapons.

Jim Schaff, with Yardarm Technologies, said when an officer draws their weapon in the field, they can't always call on the radio, so this cuts that response down to seconds.

However, Nik Clark with Wisconsin Carry, Inc explained that there may be a number of issues including reliability.

He pointed to the fact that a micro chip is used, something that is subject to failure, and questioned what could happen if someone comes in close contact with an officer. He believes it could be difficult to figure out who pulled the trigger and in what direction the shot was pointed.

According to CBS News, only two departments in the country are testing the technology.

\"This is about knowing when a person is engaged in a hostile confrontation and getting them the assistance they need to make that situation safe,\" Santa Cruz Sheriff, Phil Wowak, said. His department is one of the two using the technology.

Wowak told CBS News that the gun tracking information will be used to adjust and improve deputies training and that the police union seems to be on board and the early field results show the system works.