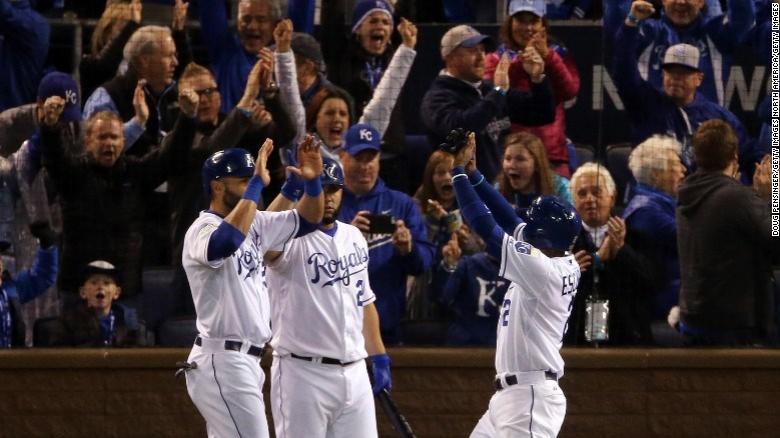 They weren't sure what fans would see from Kansas City hurler Johnny Cueto.

Cueto was terrible in his most recent postseason start before Wednesday, giving up eight runs to the Blue Jays in the ALCS. He had mixed results in two games in the division series.

But he apparently loves the mound at Kansas City's Kauffman Stadium.

In Game 2, he was far better than deGrom, and the Royals took a commanding 2-0 lead in the Series with a 7-1 victory.Cueto pitched a complete game, giving up just two hits, both to Lucas Duda.

DeGrom was sterling through four innings then faltered in the bottom of the fifth, giving up four runs on five singles. He also walked the leadoff batter, a huge baseball no-no.

It was the first time deGrom, who was replaced by Hansel Robles in the sixth, had given up more than two runs in a playoff game.

The Royals picked up three insurance runs in the eighth.