Work on West St. Paul Avenue as part of the Milwaukee Streetcar Project will be on hiatus until Fall of 2017 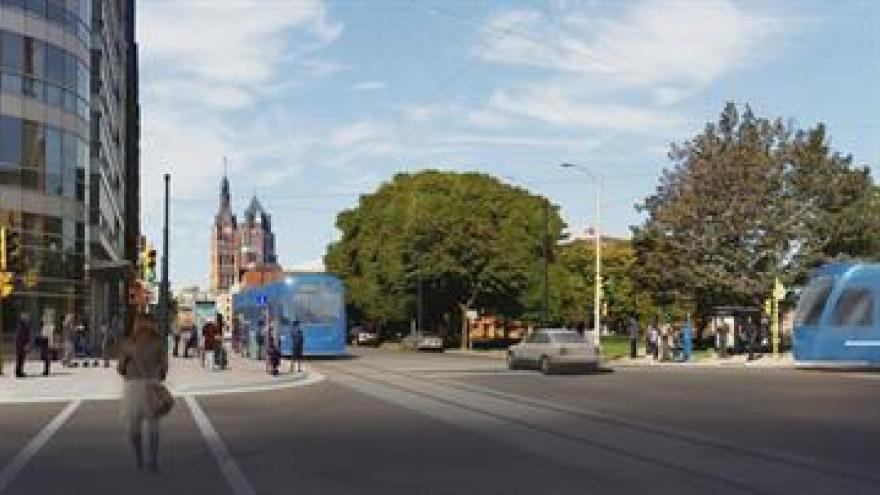 The City of Milwaukee Department of Public Works (DPW) officials announce that work on West St. Paul Avenue as part of the Milwaukee Streetcar project will go on hiatus until Fall 2017.

All lanes of traffic will be temporarily reopened during Summerfest to accommodate festival traffic, City officials said.

“We’ve intentionally arranged our project construction schedule to keep as many lanes open as possible in the downtown area during the festival season, with no Third Ward track construction planned until the fall,” Department of Public Works Commissioner Ghassan Korban said.

“We have temporarily halted track work on W. St. Paul Ave. and reopened all lanes in both directions to traffic during Summerfest,” Korban said. “Motorists should feel free to drive in the lanes with the new streetcar tracks – our system is designed for cars and streetcars to share traffic lanes.”

Other construction activities along the route include:

“Motorists driving through the city should be aware that N. Broadway and N. Jackson currently have the most
construction activity underway right now, and should plan their travels accordingly,” Korban said.

The construction team has been working closely with Summerfest to coordinate access to and from the festival through work zones. Festival-goers should PLAN a little extra travel time and click here for parking information, suggested travel routes, and public transit options.