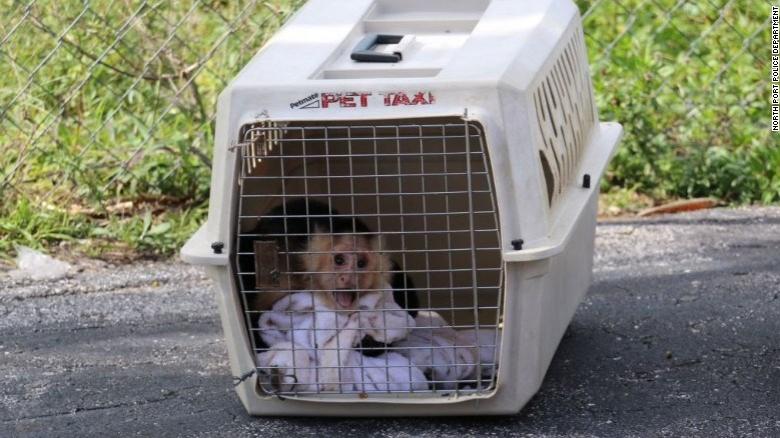 (CNN) A woman was found dead in a motel room in Florida, along with a note and two live monkeys, police said.

Authorities discovered the Capuchin monkeys in crates, the North Port police said in a statement.

Police identified the woman as Linda Marie Smith, 59, of Arcadia, Florida. She was found Friday at a Budget Inn in North Port

"There was no obvious signs of trauma to Smith's body," police said. "The cause of death is undetermined at this point. The medical examiner will soon conduct an autopsy."

An incoherent man, who was in the room with her, received medical attention and was undergoing questioning.

Police did not release his identity or what the note said.

The Florida Fish and Wildlife Conservation Commission is taking care of the monkeys.