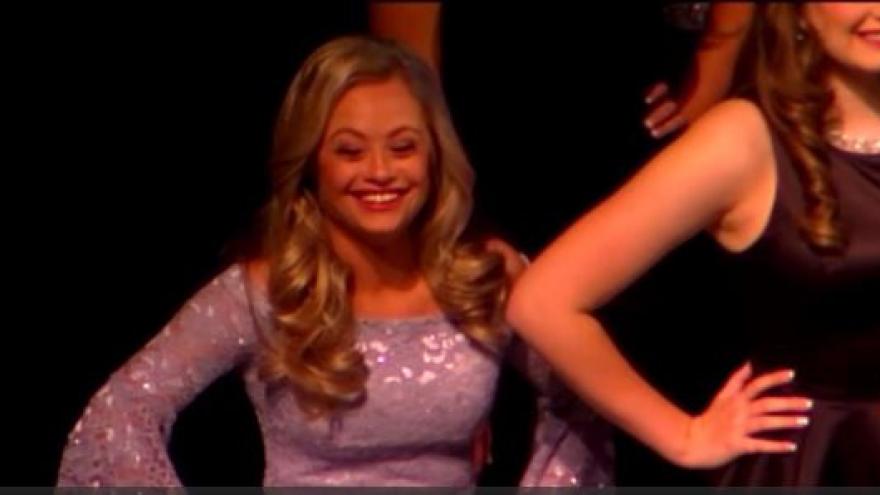 BURNSVILLE, Minn. (CBS) – Mikayla Holmgren made history Sunday night when she became the first woman with Down syndrome to compete in the Miss Minnesota USA pageant.

The event was held at the Ames Center in Burnsville, Minnesota.

The St. Paul Pioneer Press reports Holmgren, who also is believed to be the first woman with Down syndrome to compete nationwide, was named the recipient of the Miss Minnesota USA Spirit Award and Director's Award.

The 22-year-old from Marine on St. Croix, dressed in a royal-blue Jovani gown with a train, shrieked with joy as she accepted the awards.

The audience gave Holmgren standing ovations as she accepted the awards.

The contest is part of the Miss Universe Organization.

Holmgren, a dancer and gymnast, is no stranger to competition. In 2015, she was crowned Minnesota Miss Amazing in the pageant's junior miss division; the pageant is for girls and women with special needs. She went on to represent the state in the national Junior Miss Amazing pageant in Los Angeles.

The Miss Minnesota USA pageant has been breaking barriers for a while now.