Woman with cancer booted off flight 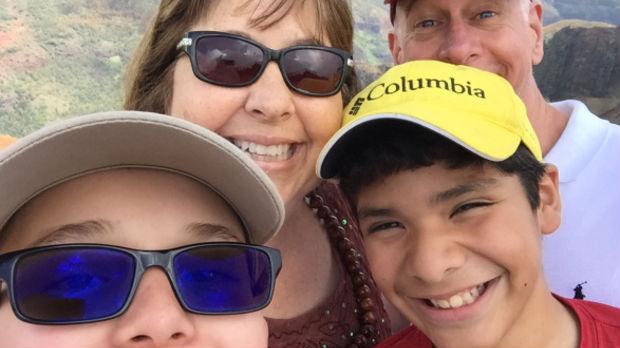 (CBS NEWS) A California woman with cancer and her family were kicked off an Alaska Airlines flight from Hawaii to California after airline employees said she needed a note from her doctor before she could fly, CBS San Francisco reports.

Elizabeth Sedway of Granite Hill, California, suffers from multiple myeloma and said she would miss several chemotherapy treatments as a result of her missed flight from Lihue, Hawaii to San Jose on Monday.

\"I am scheduled for chemo, at home, on Tuesday and Wednesday,\" she wrote on on her Facebook page. \"Because of this, I will miss my chemotherapy, my children will miss school, and my husband will miss important meetings.\"

\"I am so heart-broken and disappointed. They won't allow me to fly, until I can get MY doctor, who is not here, to state, in writing, that I am 'cleared to fly,'\" she said.

The 51-year-old was removed from the plane, along with her husband and two sons, shortly after airline employees noticed she had put on a surgical mask to avoid airport germs.

\"An airline employee saw me seated in the handicap section of the boarding area. She asked me if I needed anything. The first time. I said no. The second time, [I] said, well I might need a bit of extra time to board, sometimes I feel weak. Because I said the word weak, the Alaska Airlines employee called a doctor, she claimed was associated with the airlines. After we board the plane. An Alaska representative boarded the plane, and told us I could not fly without a note from a doctor stating that I was cleared to fly.\"

Sedway said she and her family scrambled to find a hotel room for the night, and were re-booked on a flight the next day.

On Tuesday, Alaska Airlines spokeswoman Halley Knigge told CBS San Francisco that the airline had offered the family an apology: \"We regret the inconvenience Ms. Sedway experienced yesterday and are very sorry for how the situation was handled. Her family's tickets have been refunded and we will cover the cost of her family's overnight accommodations in Lihue. While our employee had the customer's well-being in mind, the situation could have been handled differently.\"