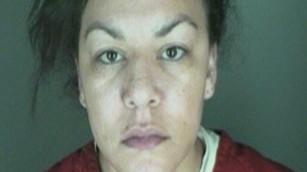 (CNN)A Colorado woman accused of cutting an unborn baby from its mother's womb was convicted Tuesday on all counts, including attempted murder.

A jury in Boulder found former nurse's aide Dynel Lane, 35, guilty in the attack on Michelle Wilkins at Lane's home last year. Wilkins, who was seven months pregnant, survived the attack but her unborn baby -- a girl -- did not.

District Court Chief Judge Maria Berkenkotter will sentence Lane on April 29. Lane faces a minimum of 16 years in prison, but prosecutors plan to ask for more.

Answering a Craigslist ad for baby clothes, Wilkins arrived at Lane's home in Longmont, about 40 miles north of Denver, on March 18, 2015.

Lane attacked Wilkins, beating her and stabbing her, cutting into her uterus and removing the fetus, according to prosecutors.

Though she was bleeding and stunned in a stranger's basement, Wilkins, who was 26 at the time, managed to lock herself in a room and call 911, and she did what she could to stem the bleeding.

Wilkins gave police directions to her location while she bled heavily, according to Officer Billy Sawyer,who spoke with CNN's Erin Burnett about a week later.

"She is the only reason why she's alive right now," the Longmont police officer said.

He said he and his partner, who were first on the scene, weren't prepared for such a horrible sight.

"She was covered in blood," Sawyer said.

He said he held Wilkins' hands to comfort her, and listened to her.

"She did not know she was no longer with her child," Sawyer said.

Lane was a certified nurse aide starting July 1, 2010, and her license expired on January 31, 2012, with no history of discipline or board actions, according to records with the Colorado Department of Regulatory Agencies.

At the hospital, the emergency room surgeon noticed that the incision on Wilkins' abdomen "appeared to be well performed," the initial police report said.

The doctor observed that "the person who did the incision would have to have researched the subject of cesarean births in books or online to achieve the level of accuracy," the police report said.

Wilkins was released from the hospital a few weeks later.

At trial, Dynel Lane's former boyfriend, David Ridley, testified that Lane told him she was pregnant early in the relationship, though she'd told him her tubes had been tied, according to according to CNN affiliate KDVR.

Ridley testified that Lane went through an elaborate ruse to fool friends and family into believing she was pregnant.

"She would say she had doctor appointments and we would take off work and sit in waiting rooms for hours, and something would always go wrong and she'd get agitated and we'd wind up leaving," he said at trial, according to CNN affiliate KDVR.

The day of the attack, Ridley told police he returned home from work early to take Lane to a prenatal appointment. Ridley said he saw Lane "covered in blood," according to the police report.

"She told David she just miscarried and the baby was in the bathtub upstairs," the police report said.

Ridley ran to the bathroom and found "a small baby lying in the bathtub," the police report said. "He rubbed the baby slightly then rolled it over to ... see it take a gasping breath," the report said.

Ridley wrapped the baby in a towel and -- apparently unaware that its mother was still bleeding inside the house -- drove the baby and Lane to the hospital, police said. At the hospital, Lane refused to allow doctors to examine her and a police investigator "saw no visual signs of vaginal bleeding coming from Dynel or any signs of having recently given birth," police said.

"Dynel admitted to Detective Stacey Graham that she cut abdomen open to remove [the victim's] baby," according to the police report.

The hospital told police that the baby "would have been viable," the report said.

However, prosecutors did not pursue a murder charge for the unborn child. Colorado state law does not recognize a fetus as a person unless it is capable of surviving for a period of time outside the womb, a prosecutor said before the trial.

"The issue of whether or not murder charges are appropriate involving a case involving the death of a fetus or a late-term pregnancy is always a difficult issue," Boulder County District Attorney Stanley L. Garnett said before Lane was charged.

"Under Colorado law, essentially, there's no way murder charges can be brought if it's not established that the fetus lived as a child outside the body of the mother for some period of time. I don't know the answer yet as to whether that can be established, what our facts are here," Garnett said.

The definition of "lived as a child" is difficult, too -- whether that means one breath or one hour, Garnett said.

"The Supreme Court and the court of appeals will get to tell us that eventually. The law is not, as in many areas, terribly clear in terms of that," Garnett said.

Soon after the attack, Wilkins' family said in a statement that she had named her unborn daughter Aurora.

After the sentencing, Wilkins told reporters that while she is still angry at Lane, she has forgiven her for the pain she caused.

"As the verdict was read, it felt much bigger than myself, it felt like a triumph of justice for Aurora," Wilkins said. "For the time being, I am going to take care of myself and surround myself with family and friends."

Wilkins said she will give her victim impact statement at Lane's sentencing.

"I may never get any real answers or an explanation from her," Wilkins said.