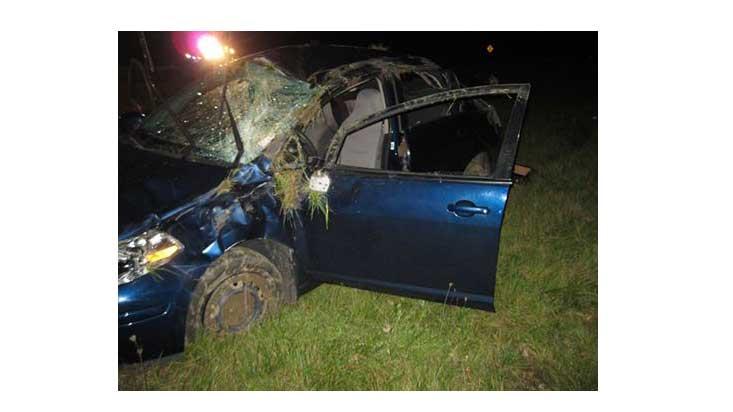 An Appleton woman told police she threw a Snickers candy bar wrapper out the window causing her to lose control and roll her car twice.

The incident happened on Monday morning in Washington County.

According to Washington County Sheriff’s Office investigated a single vehicle rollover accident in the area of I41 at Hwy 144 in the Town of Polk.

The passing motorist called 911 after she saw a vehicle suddenly veer off the road and roll twice. The car came to rest in the gore area between I41 and the northbound Hwy 144 off ramp.

First responders arrived to find a total of 4 occupants of the vehicle – two adults and two children ages 1 and 14.

The investigation revealed the operator, a 39-year-old City of Appleton woman, was northbound when she threw a Snickers candy bar wrapper out of the vehicle window.

That action somehow caused her to lose control of the car and veer off road. All occupants were transported to area medical facilities with only minor injuries.

The driver was cited for failure to maintain control and operation after suspension.