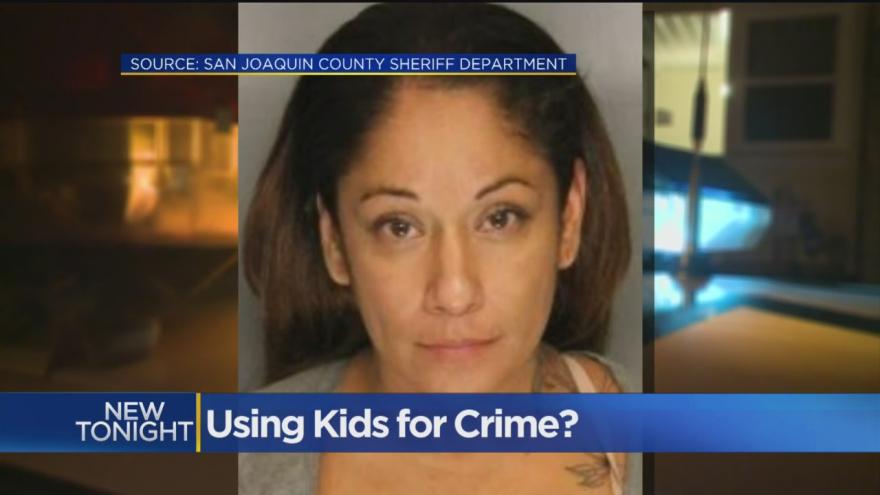 STOCKTON (CBS13) — It’s a stunning case in Stockton. A woman is accused of using children to help her commit an armed robbery.

Flavia Ambriz, 42, is accused of planning the attack, pretending she needed help, then robbing the man who came to her aid. She used two kids as her accomplices, each armed with a handgun.

San Joaquin Sheriff’s deputies released photos of the weapons seized in the arrests. Deputies say the children surprised the man with their guns drawn.

Deputies say Ambriz’s plan started on an industrial block of Broadway Avenue, pulling her car to the roadside and claiming it was broken down.

Only the car trouble was a trick.

Ambriz and the two juveniles were all found by deputies and arrested within hours.

The children had to be taken to the hospital to be medically cleared for alcohol consumption before they were booked into juvenile hall.

Ambriz is facing a long list of charges including armed robbery and contributing to the delinquency of a minor.

She is being held on half-a-million dollars bail.