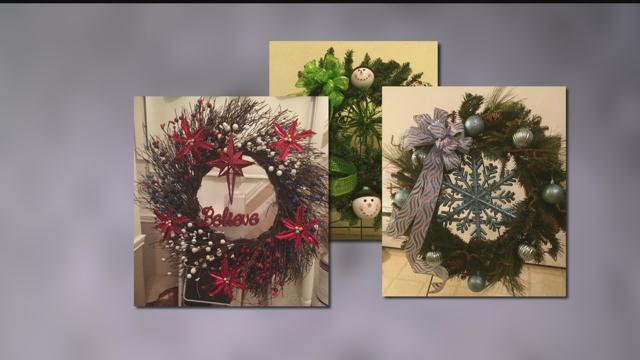 Tokens of love were stolen from the grave sites of a South Milwaukee woman's family. Now, the woman is making a plea for them to be returned. Connie Owen said not only are the wreaths a symbol of their lives, she spent months making them only to have them be taken away from her. Owen said the wreaths were for her father, grandparents and her son who are are all buried at the Holy Sepulchre Cemetery in Cudahy. Owen noticed them missing on Wednesday.

"Took a ride through the cemetery and couldn't believe that I wasn't seeing them," she said. "Did a little errand, came back and I walked in to the cemetery over the snow thinking okay maybe they're under the snow, and they weren't."

Owen thinks it happened sometime between Christmas Day and January 12th. Connie's sister, Joellen Krysiak, knows the time and effort her sister put in to making them.

"Connie is retired, she's able to do her bargain hunting, and it takes months. It takes months to come up with the treasures that go on every wreath," Krysiak said.

The sisters just want them returned no questions asked.

Connie Owen said she told the person who runs the cemetery about what she thinks happened. She's hoping someone will return them, even if it's to the cemetery entrance.