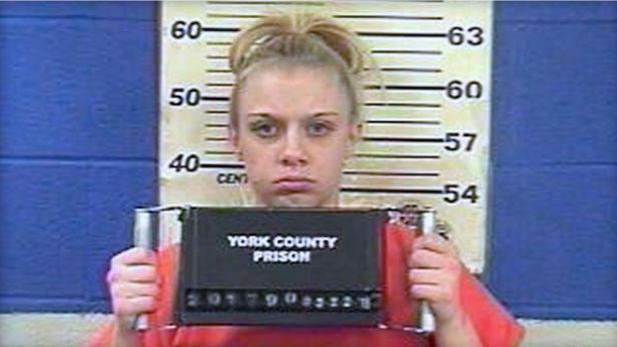 (CBSNews) YORK, Pa. -- A Pennsylvania woman is in jail after pleading guilty to charges stemming from having loud sex, blasting loud music, and responding to a neighbor's requests to quiet down with threats.

Amanda Marie Warfel pleaded guilty last week to disorderly conduct and harassment charges. She is in York County jail until June 20, and has one more count pending.

A neighbor, Tanya Saylor, told the York Daily Record that her family has dealt with the noise through their Red Lion rowhouse wall for two years. She said she sometimes put headphones on her children to block the noise.

"It's pretty pathetic when you have to have a protocol due to your neighbor's actions," Saylor told York Daily Record.

She says Warfel called her daughters slurs and threatened them, and described her sex acts loudly. Police reports say the Saylors' furniture shook.

Saylor told the York Daily Record that her husband is terminally ill and one of her five children has cancer.