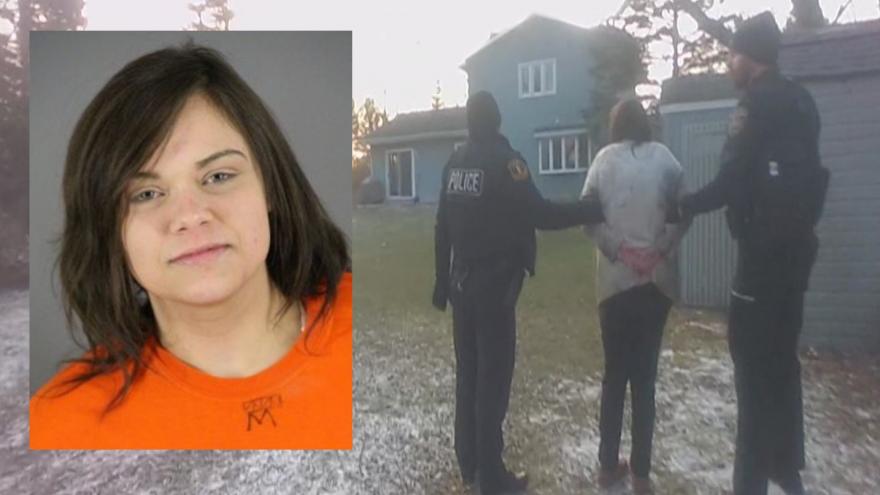 MUSKEGO, Wis. (CBS 58) -- A woman from Georgia is accused of using a stolen ID to get money from a bank in Muskego.

Muskego police were called Monday, Dec. 16 for a report of a woman who used a stolen ID to cash a check at Summit Credit Union on Moorland Road.

Police said the fled eastbound on Janesville road at a high rate of speed in a black SUV with Illinois plates.

A Hales Corners police officer spotted the speeding vehicle and pursued before losing the suspect in traffic.

Muskego police then found the vehicle, unoccupied, parked near St. Paul's Lutheran School. The school was contacted and advised to keep the students inside the building as they searched for the suspect.

Authorities say officers from New Berlin, Waukesha County, and Franklin searched the area and found several items of clothing from the suspect, including a wig and a coat.

A K-9 unit was brought in to help in the search, and the female suspect was found hiding in a shed at a home on Gaulke Court. She surrendered without incident, and authorities said she complained of being cold after going through a creek.

The suspect was identified as 29-year-old Leah Mims from Georgia. She faces charges of identify theft for financial gain and obstructing an officer.