Woman in labor determined to cross the stage at college graduation 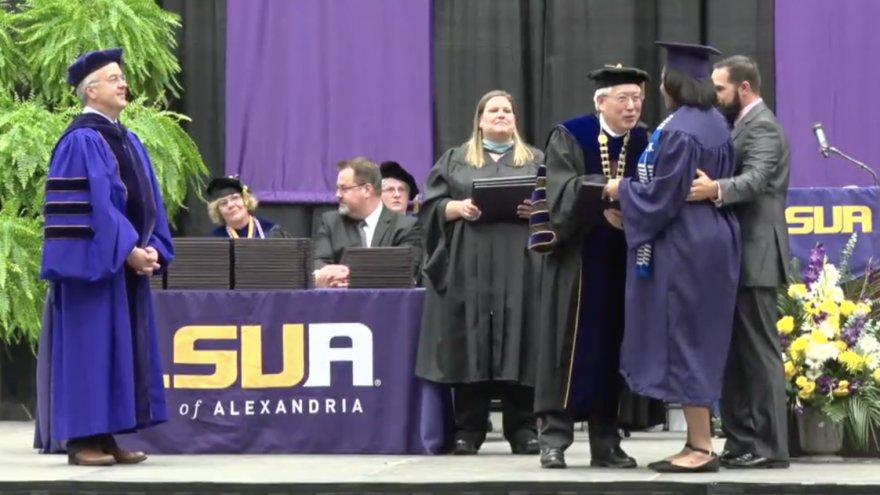 A Louisiana woman was determined to walk across the graduation stage and receive her college diploma – even though she had just gone into labor. 31-year-old Anshonarial Greenhouse knew she was due to give birth any minute, but she thought it was important to receive her degree from Louisiana State University of Alexandria in person.

"College takes four years and everyone is plagued with a lot of adversity throughout those years," Greenhouse said. "I mean, if I can sit in the hospital and still complete my work for two months, I know that I can at least get through this. Show people that anything can be done."

Greenhouse had been in the hospital since she was 25 weeks pregnant. While there, she completed all of her midterms and finals and even did presentations from her hospital bed. "Professors were very accommodating... I was kind of embarrassed to do my video [presentations] through YouTube with my hospital gown on, but they told me not worry about it," she said.

When it came time for graduation, Greenhouse reached out to a sorority sister who worked at the school to let her know she was walking – and in labor. Her friend helped arrange accommodations for graduation day; there was an ambulance outside if Greenhouse needed it and a wheelchair waiting for her by the stage. 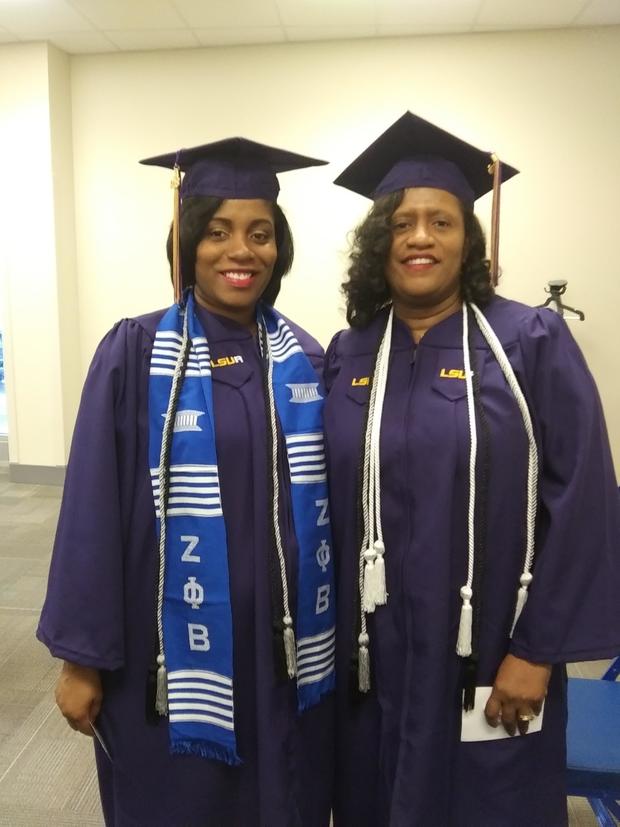 Greenhouse, however, did not use the wheelchair. "Walking signifies that I really did it," she said.

Greenhouse's mother was in attendance because she was graduating too – both mother and daughter were business majors with a concentration in accounting. Her husband was also there to support her during the graduation – and birth.

Greenhouse and her husband had been trying to have a second baby for four years. "It was just a special moment for us," she said of the graduation day birth. "He initially didn't want me to walk because of the complications I was having, but I told him it was something I really wanted to do," Greenhouse said.

When her name was called at graduation, an aide helped Greenhouse from her seat in the audience to the stage and across it. "I had no idea who he was but he was helping me," she said. "I was holding on to him for dear life. And he was really nice about it."

"I was extremely anxious," Greenhouse added. She was in pain, and ended up dropping into a wheelchair just after crossing the stage, but first she fulfilled her dream of collecting that diploma. 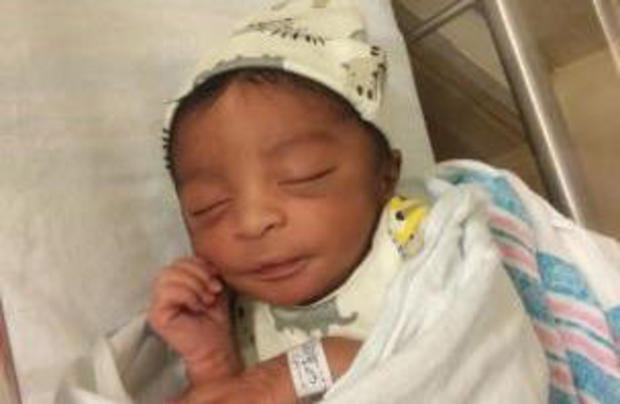 baby.jpg
The school faculty on stage "told me how proud they were," she remembered. Then it was time to fulfill another dream.

As soon as she had her diploma in hand, Greenhouse took a seven minute car ride to the hospital, where she gave birth to a healthy baby boy around 9 p.m. The date was December 22, a day before her own birthday.

Zy'aire was born weighing 6 pounds, 5 ounces, and was 19.5 inches long. Both baby and mom are doing great – especially mom, who fulfilled two dreams in one day.