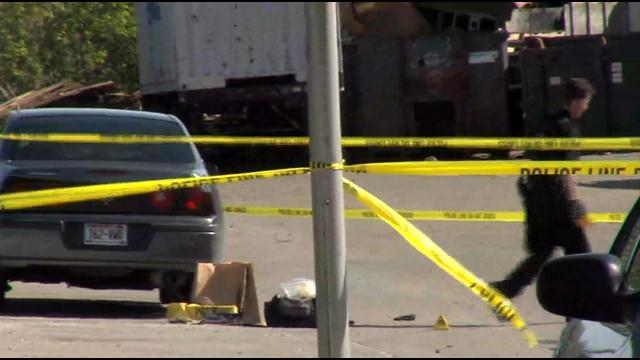 A woman is dead after being gunned down on a Milwaukee street Wednesday afternoon.

The crime scene stretched for several blocks near 31st and Cameron on the city's north side.

Family members describe the victim as fun loving and outspoken who started her own clothing business out of her truck.

\"I last saw her on Mother's Day, just talking and laughing.\"

Boynton says the family has heard a couple of stories, that the victim was set up through her clothing business, the other that she was caught in crossfire.

\"I'm not sure what happened I wasn't here,\" said Boynton.

Captain Aron Raap of the Metro Investigations Division of the Milwaukee Police Department said they working on some theories, but could confirm nothing about the motive.

Captain Raap said it was too soon to tell if there was more than one gunman, but that it was possible there were more.

The gunfire was first reported around 2 p.m.