Woman Falls From Bluff in Cudahy 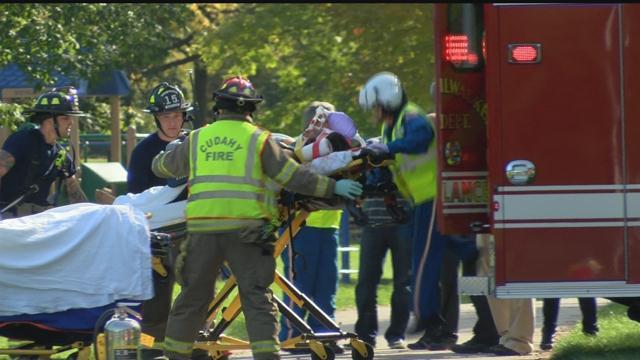 At 1:24 PM on Saturday, October 10 the Cudahy Police Department received a 911 call from a citizen nurse who advised she was assisting a female that fell near the lake bank adjacent to Sheridan Park in Cudahy.

Cudahy Police and Fire Departments responded along with an advanced life support ambulance from South Milwaukee who located a female in her fifties with a significant head wound sustained from falling while hiking with her family.

The female took a dirt path to descend to the Lake when she lost her footing, gained momentum and fell approximately three feet off of a ledge.

The Cudahy and South Milwaukee Fire Departments treated the victim on scene and summoned Flight for Life. The female was transported by Flight for Life to Froedtert Hospital.

Her condition is currently unknown.