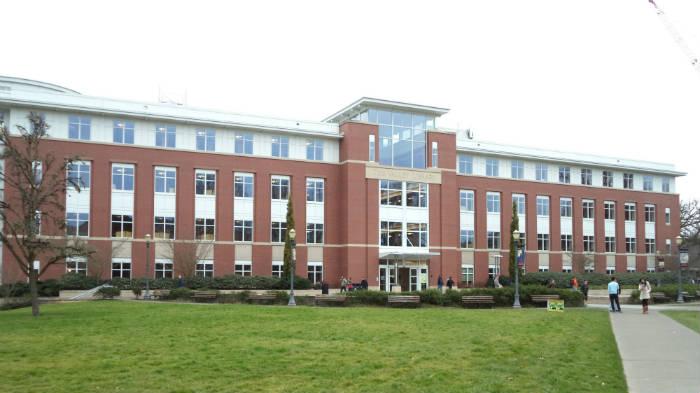 A 19-year-old woman was cited Tuesday evening for allegedly using the university library as a backdrop to shoot an adult video last year.

The woman was cited for public indecency and released, according to Steve Clark, Oregon State vice president of university relations. She is not a current student but attended the school for the 2014 fall term.

The former student's name was not released by the school, but an Oregon State Police log says that 19-year-old Kendra Jane Sunderland of Corvallis was cited for public indecency in connection with a video posted to a pornographic site along with the claim that it was shot in an Oregon State library.

The log says the performer in the video engaged in a \"solo act.\"

The misdemeanor charge could bring up to one year in jail and a $6,250 fine.

Clark said the university learned about the video Tuesday afternoon. Officials believe the video, which was published on the popular adult website Pornhub.com, was filmed in October on the sixth loor of OSU's Valley Library.

Valley Library occupies more than 340,000 square feet and is routinely patrolled by members of the Department of Public Safety and Oregon State Police troopers as well as by two security guards, who patrol the library during overnight hours.