NOW: Couple says they were denied access to Greenfield bar due to husband’s gold teeth

GREENFIELD, Wis. (CBS 58) --Imagine going out for date night and being told you can't enter a bar because of your teeth.

One woman told CBS 58 on Sunday that a bar did just that Saturday night, Oct. 16.

Heavenly Smith said her husband was denied entry to Fox's Pub in Greenfield on Saturday over an issue involving the husband's gold teeth.

Smith's husband, who elected to not provide his full name, has permanent golden dental work (seen below). 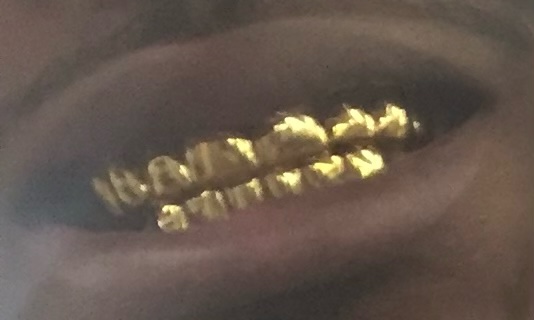 Smith said when the bouncer saw it, she was denied access to the bar.

After being initially denied, Smith said she spoke with the owner, who apologized and said the worker she spoke with was in the wrong, even offering to compensate for food.

However, Smith said she feels it was discriminatory, and the damage was already done.

"We didn't even get a chance to step inside at all, we were literally like standing at the door before we could even get in and get a vibe of the place even," said Smith, "like we wanted to order food, we could've gotten food to go or anything, they didn't give us any options, it was just crazy."

The owner, who chose not to provide his name, said if he felt this was a case of discrimination he would've fired the employee right away.

The bar reportedly has a policy regarding removable grills and large chains.

According to the owner, the bar faced issues in the past with grills and large chains getting lost or damaged at the establishment.

The owner claims this was just a case of miscommunication and the bouncer was unaware that Smith's husbands were not removable.