Woman charged with attempted murder in beating of man, 92, with brick 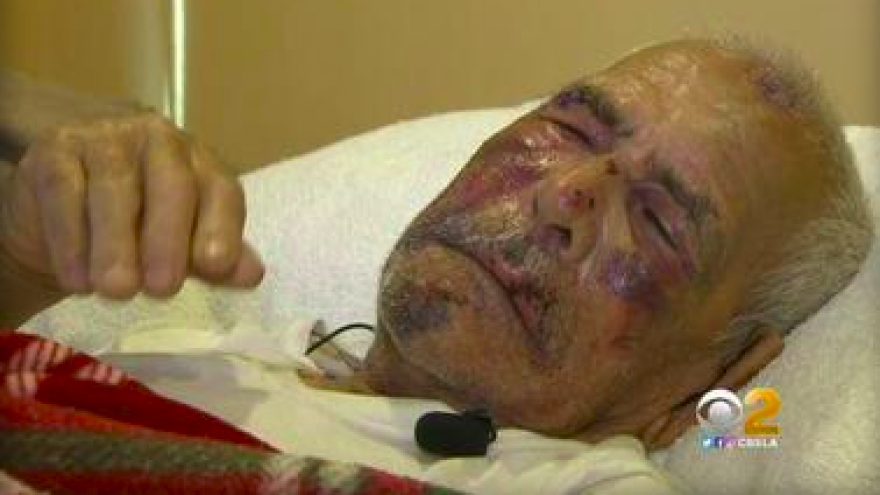 Jones entered a not guilty plea at her arraignment Thursday. Prosecutors asked that bail be set at $1.125 million.

The felony complaint includes special allegations that the defendant personally used a deadly and dangerous weapon, the brick, during the beating and that she badly injured the victim, identified as Rodolfo Rodriguez. He was visiting the U.S. from his native Mexico.

The charging document alleges that Jones was previously convicted of making criminal threats, in 2017. Jones was on probation from that case, CBS L.A. says.

Prosecutors said Jones attacked the elderly man with a brick on the evening of July 4.

Afterward, Rodriguez was taken to the hospital for medical treatment and Jones fled the scene, according to authorities.

Investigators identified Jones as the alleged assailant, and arrested her July 10.

If convicted as charged, she faces a maximum of 29 years in state prison.

Rodriguez, who doesn't speak English, suffered broken ribs, a broken cheek bone and bruises all over his body. He has since been released from the hospital and is recovering at his home.

He told his family he was walking down the street when he bumped into a little girl as he tried to walk around her.

The suspect, believed to be the girl's mother, allegedly threw Rodriguez to the ground and starting hitting him with her fists, then the brick.

A witness said she heard the suspect tell the victim to "Go back to your country."

The witness told CBS L.A. she took her phone out and got a photo of the woman, who appears to be holding a piece of concrete as her child stands nearby. Rodriguez isn't seen in the photo.

The witness said a group of about four men joined in the attack and the assailants fled as law enforcement was being called.

"When I take the picture, she said, 'Oh, he tried to touch my girl.'  I saw everything, this is a lie. And when the guys came, they hit him in the face, his body, everything," the witness said.

Rodriguez's grandson, Eric Mendoza, told CBS Los Angeles, "I'm just overwhelmed how anybody can do this to a human being at all. He's 92 years of age. There's no harm that he meant for you to treat him the way you did."

"Mr. Rodriguez is slowly recovering from this senseless and brutal assault," family attorney Luis Carillo said. "His family is appreciative of the community's outpouring of support and concern about his condition. The family has been inundated with media requests and is asking for a brief reprieve as they try to get back to a sense of normalcy. As soon as Mr. Rodriguez and his relatives are ready to share their story, we will make them available to the media."