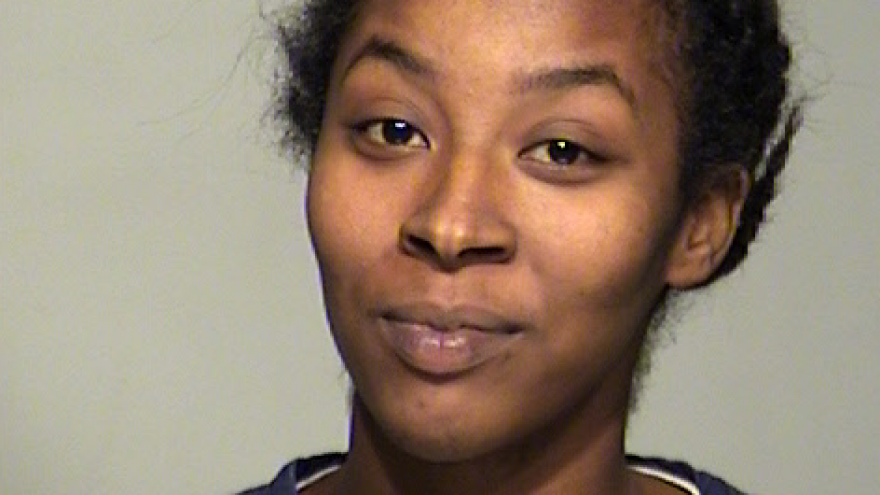 A 24-year-old Milwaukee woman is now charged for one of the fatal shootings from Memorial Day weekend.

According to police, officers were dispatched to 35th and Hampton where they found Wade unconscious and not breathing after being shot in the lower abdomen.

According to the criminal complaint, a friend of Wade was interviewed. The friend said that she and Wade were driving around when Wade saw Troutman driving behind them. Wade allegedly then said, "she is driving my baby daddy's car, I'm gonna make her get out of the car." According to the friend/witness, Troutman pulled into the Citgo lot on Teutonia and Wade pulled in behind her.

That's when Wade allegedly yelled at Troutman that she was going to run her over, kill her, and kill that baby.

Troutman then allegedly got out of the car she was driving and told Wade to get out of the car. According to the criminal complaint, Wade also told Troutman to move away from her car so that she could hit her.

That's when Wade allegedly backed up the car she was driving, bumping the car Troutman had been driving. According to the criminal complaint, Troutman then went into her car and got a handgun and approached the driver's side door. No words were exchanged and Troutman allegedly shot Wade while she was a foot away from Wade's door.

Troutman told police that she wasn't sure if she hit Wade. Troutman also stated that Wade had been threatening her since August of 2016 when she began dating the father of Wade's child.

Friends of Wade, however, say that the suspect was taunting Wade on social media. A vigil was held Monday evening for Wade. A large crowd brought balloons, lit candles, and prayed on the corner of Hampton Avenue and Mother Daniels Way for the victim.

Troutman will appear in court on June 8th for a preliminary hearing.