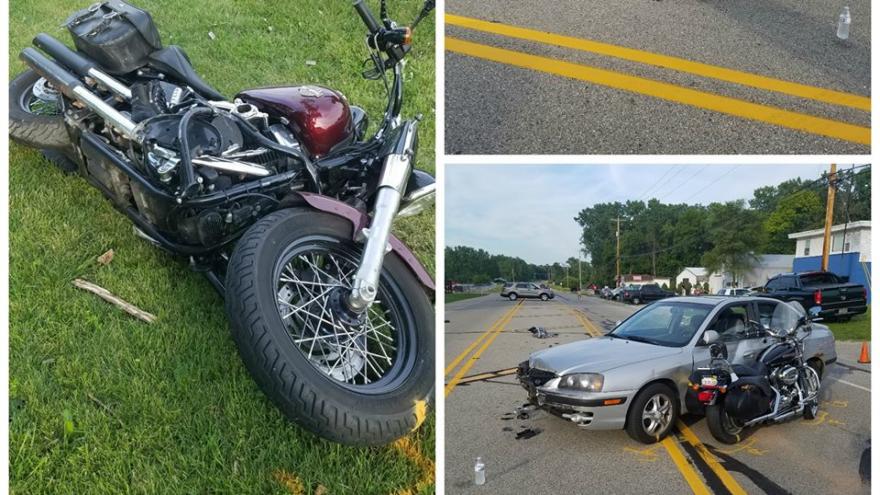 On July 4 at 4:30 PM Racine County Sheriffs Deputies responded to Durand Avenue in Burlington near Fischer Park for a report of an accident involving two motorcycles and one car.

Through their investigation, deputies learned a car being driven by 46-year-old Kansasville woman Kristen Sewell was pulling out of a business and failed to yield the right of way to two eastbound motorcycles. Both motorcycles hit the car and were injured.

Neither motorcycle operator was wearing a helmet.