Woman Appears In Court After Ramming Car into Patrol Vehicle 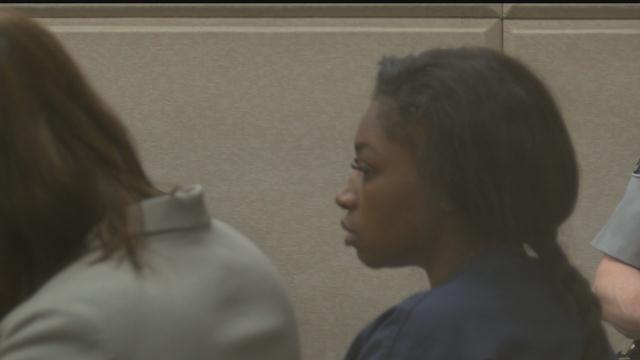 The video is hard to watch: two Milwaukee County deputies dragged during a traffic stop and end up in the right lane of freeway traffic.
Its video you  saw here first on CBS 58 Friday and Monday the woman who police say was behind it all was in court.

Just facing a traffic ticket, we wondered why Kevina Freeman would do something so dangerous.

Turns out she already had two outstanding warrants for her arrest and a suspended license at the time this happened on May 15th.

"Two counts of first degree recklessly endangering safety and use of a dangerous weapon; that's a class F felony," said a judge.

Monday the 23-year-old mother of three sat in silence as the judge listed the five charges she faces.

We first showed you this shocking video on CBS 58 Friday. Kevina Freeman slams into the front of a Milwaukee County Sheriff's Office patrol car after being stopped for speeding.

According to court documents she drove off after hearing her car had to be towed saying "I'm never going to get my car back."

Take a closer look. The car door takes down her mother, who was a passenger and also two sheriff deputies; one who landed in an active lane of traffic.

Brian DeNeve with the Wisconsin Department of Transportation says this is exactly why drivers need to move over when they see cars stopped on the shoulder.

"They should be mindful of seeing these vehicles over the side of the road and pulling over to other side of the lane or slowing down. It's very important. Obviously when you've got situations where motorists are making bad decisions it can lead to really bad results," he said.

In fact its the law. And while DeNeve says how slow isn't defined by law, its a life or death decision.

"Let's face it if someone going 65 MPH to 60 MPH would collide with a person or vehicle; you're still going to have a bad result," he said.

One that in this case saved the officer's life.

"We understand its an inconvenience for that moment in time but its the safe thing to do," he said.