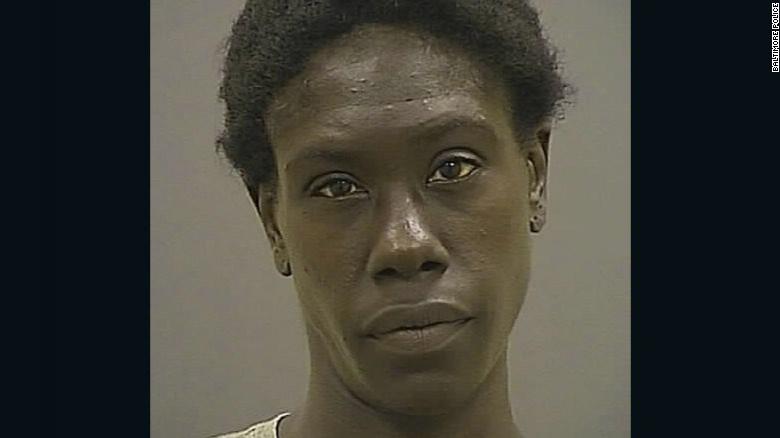 (CNN) -- A woman was arrested after allegedly throwing water on Baltimore Mayor Stephanie Rawlings-Blake at a festival in the city's northwest, police said Saturday.

The festival was in Mondawmin, one of the locations where rioting took place earlier this year following the death of Freddie Gray, a man who died while in police custody.

There was no immediate indication that the incident was related to the unrest in Baltimore that followed Gray's death.

Lacheisa Pailin-Sheffer, 37, was arrested on an allegation of second-degree assault. CNN was unable to contact family members Saturday evening.

\"A woman tossed a cup of liquid at the mayor,\" said Howard Libit, director of strategic planning and policy for the city. \"The mayor was not injured. She dried off and went on with the event and the rest of her daily plans. An odd incident, but not a big deal.\"