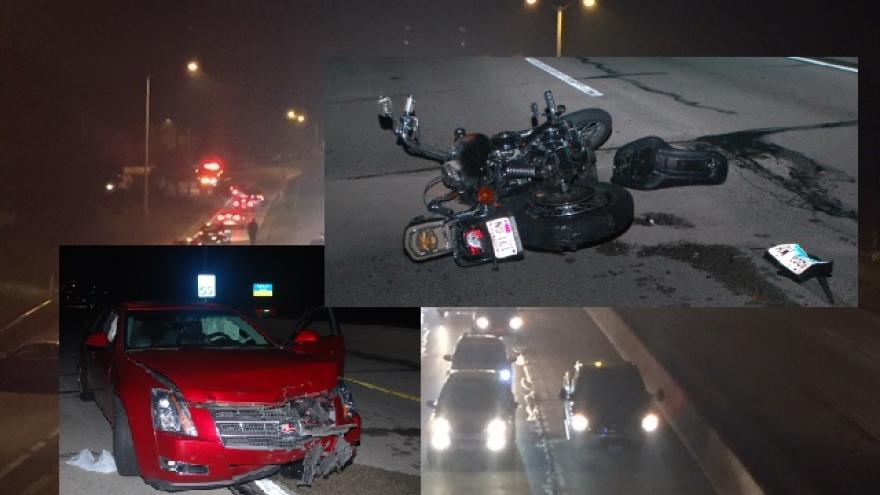 MILWAUKEE (CBS 58) -- Wednesday night around 11 p.m. a Milwaukee County Sheriff's Deputy was opening up lanes blocked for another crash on I-43 south near Locust Avenue. During this time a motorcycle crash occurred just north of the first crash.

The deputy saw a Cadillac with severe damage and airbag deployment stopped in traffic with a man lying face down with his legs pinned underneath the right rear passenger tire. A Harley-Davidson motorcycle was seen on its side a short distance ahead of the Cadillac.

Citizens were trying to help the 56-year-old biker trapped under the car and firefighters finally freed him and took him to the hospital. A witness to the crash told officials they saw the Cadillac speeding and then after the crash reverse over the biker who was lying in the road.

The driver of the Cadillac from Illinois refused to say how the crash happened. He performed poorly on a field sobriety test, and admitted to drinking two beers and taking Oxycodone. Deputies found prescription narcotic pills in the car and the man registered a 0.13 blood alcohol level.