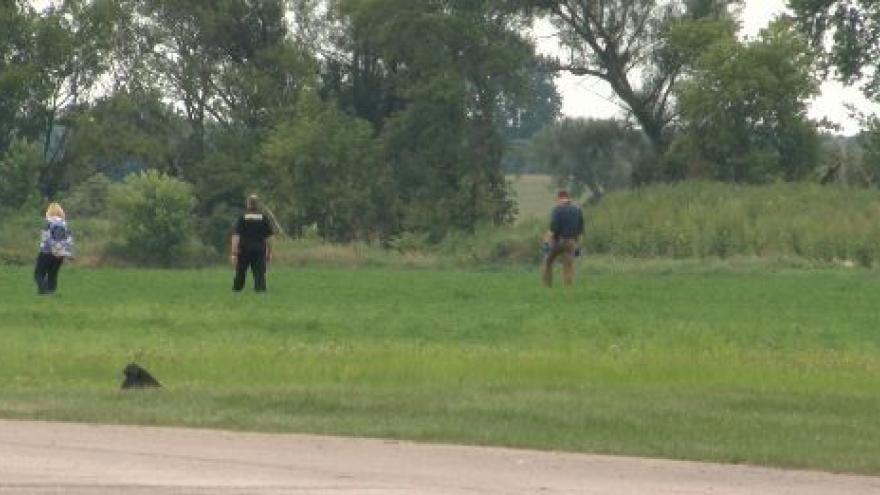 Sunday’s shooting at a racing event in rural Kenosha County left three men dead. One man says he saw it all unfold as he was selling food.

More than 15,000 people filled the lot at the Great Lakes Dragaway for what was supposed to be a day of music, food, and fun. But as one man describes it took a turn for the worse right in front of his booth.

“Pow, pow, pow and then he took off running across the field,” describes Willie Coleman who was selling food at the event.

“All of my employees ducked down, he looked at me and then just walked away, and he took off running across the field,” says Coleman.

Thousands of people attended Larry’s Funfest in Kenosha County. But deputies say this was not a random act of violence, saying the suspect knew who his victims were, shooting them at point blank range in broad daylight.

“He shot two of them,” says Kenosha County Sheriff, David Beth. “the third one ran around to the side of the tent, he shot him and then came back and fired a few more shots into the two that were laying there.”

“I’m at the grill, I turn around, and then he was shooting,” says Coleman. “It was anywhere from about 12 to 14 shots probably.”

The shooting happened within a matter of seconds.

Witnesses like Coleman have helped officials describe the suspect, who is still on the loose.

“Just no remark,” says Coleman. “He just turned, looked at us, and took off running across the field like he didn’t care.”

Sherriff Beth says they’re working with Milwaukee, Aurora, and Chicago on this case along with the FBI.

He says they reason to believe the incident was gang related.

If you have any information you’re asked to contact the Sheriff’s department.