With cheaper gas prices, the odds of buying a winning lottery ticket may now be greater 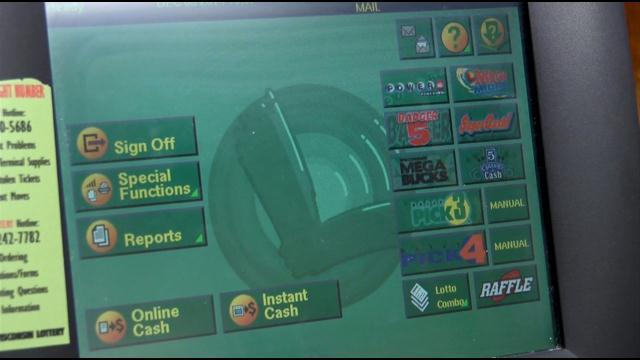 Local gas prices have dropped more than thirty cents a gallon in the past month, and they're still falling.

Meanwhile, that seems to be encouraging more people to spend the extra money on the lottery, and the odds of someone buying a winning ticket may now be greater.

At the Shell gas station on 13th and College in Milwaukee, you will see drivers filling up their tank, and buying lottery tickets, according to Patrick Gedig who owns the gas station.

The Director of the Wisconsin Lottery says special holiday tickets are sold out at their warehouse, but you may still find them in stores.

The hot scratch off tickets are the holiday countdown, the holiday gold, and snow me the money.

\"Every year we run out early, and you can't have them for the holidays\", said Gedig.

“Mark” is a faithful lottery player, and the cheaper gas prices is freeing up room in his budget to play more often.

However, he didn't want to say how much he spends every week.

\"More than ten dollars and less than one hundred dollars\", said Mark.

\"Sure. It gives me a reason to get up in the morning to check your numbers”, said Mark. “You're only here once man.\"

The 14 million dollar mega bucks jackpot is Wednesday night, and no one has won in Wisconsin since June of 2013.