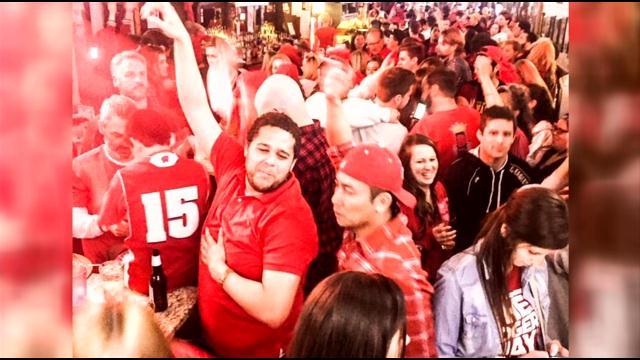 The lunch crowd at Leff's Lucky Town on State Street kept pretty quiet and stuck mainly to soda Tuesday afternoon, but the magic from a Badgers Final Four run still hung in the air.

\"It was gigantic,\" manager Dean Leffler said. \"It was a basketball bonanza.\"

Leffler says Wisconsin's march through the NCAA Tournament to Indianapolis packed hundreds of people into his bar each night and generated thousands of dollars in additional profits.

\"I would say Saturday night for the Kentucky victory was about as busy and as loud as I've seen this place for any basketball game ever,\" Leffler said. The manager added Monday night's game against Duke -- a night of the week that's typically slow for the bar industry -- was just as packed.

For many fans who watched at places like Leff's, Monday's loss to Duke in the championship game won't go away soon.

But fans plan to hold on to the positive memories a lovable Badgers team gave them this season.

\"You can't plan on [profits from tournament sales] so when it comes it's like, ride that train as long as you can,\" Anders said.

The Green and Gold Zone owner sold out of his Final Four gear almost as quickly as he could get it in the door, making for a huge weekend before Monday night's game. It also produced a more profitable run than last year's Final Four trip.

\"Finishing second out of all of Division I basketball is not something to be sad about,\" Anders said. \"You can be sad you didn't win the big one. But you gotta be happy about the ride.\"

Both businesses know they can't focus on the past for too long -- Brewers season brings new merchandise for Anders to sell and party bus trips for the folks at Leff's to plan.