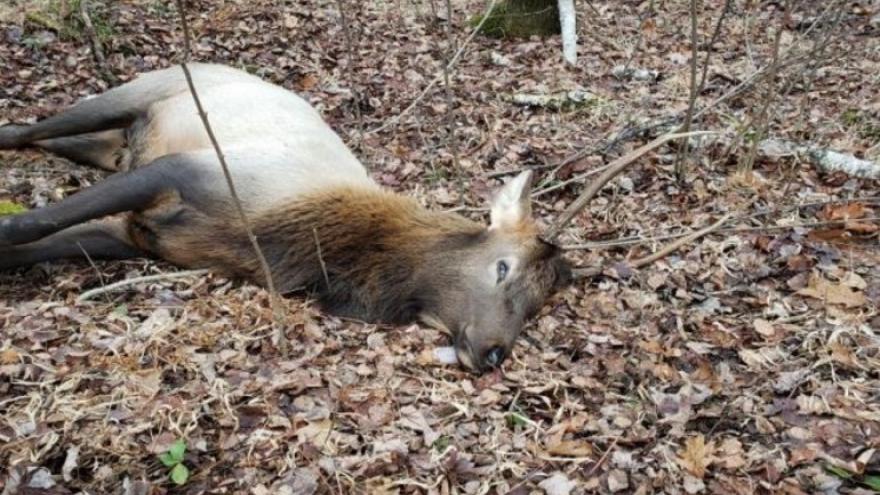 The Wisconsin Department of Natural Resources reported the Mukwonago woman admitted she shot two bull elk near the Big Falls hydro dam, and immediately made efforts to notify authorities.

On Nov. 25, the DNR says the woman – who said she has two years of hunting experience -- was in a tree stand roughly 12 feet off the ground, and saw the first animal around 7:50 a.m. She told DNR officials the animal – what she believed to be a buck -- was walking right toward her and she shot it three times with a .44 caliber rifle.

The woman said she lost sight of the animal and a while later, she saw an animal that resembled the one she shot come into view. That animal turned right and stopped, and the woman said she fired four more times.

The woman got down from her stand about 45 minutes later. She told DNR officials that’s when she “saw the forked horns first” and then realized what she shot was not a deer but an elk – two of them.

The woman immediately called for her hunting partner who arrived to help about an hour to an hour-and-a-half later. The two tried to call the DNR but they didn’t have cellphone service so they drove to the Ladysmith DNR Service center.

The DNR says both the woman and her hunting partner left in tears after telling their story.

DNR officials went to the area where the elk were shot. They said the view from the woman’s tree stand was wooded and brushy and would have been “somewhat obstructed.”

The animals were collected and taken to Whiskey Ridge in Radisson to be processed.