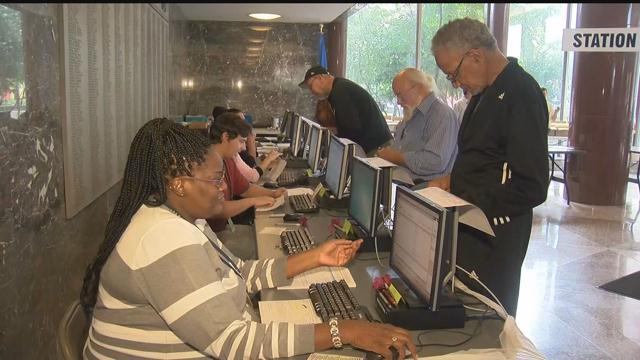 (AP) — Turnout for the presidential election in Wisconsin appears to be a 20-year low.

Turnout in Tuesday's election was about 66 percent of the voting age population, based on unofficial results. Nearly all precincts were reporting Wednesday morning.

More than 2.9 million people voted in Wisconsin's Senate race, about 3,000 more than did in the presidential. The Wisconsin Elections Commission predicted about 3.1 million would cast ballots, which would have been roughly a 69 percent turnout.

If that number holds, it will be the lowest since 1996 when turnout was 58 percent. The past two presidential elections turnout was at or near 70 percent.

Democrats were hoping for a large turnout and the fact that it was lower than anticipated helps explain the victories of Donald Trump and incumbent Republican Sen. Ron Johnson.