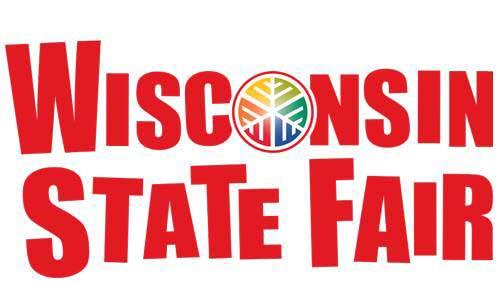 The Happy Together Tour is back at the Fair! Following several successful years, this night of hits from the ‘60s and 70’ will return on Sunday, August 7 at 7:00 PM. The evening will include The Turtles featuring Flo & Eddie, Chuck Negron formerly of Three Dog Night, Gary Puckett & The Union Gap, Mark Lindsay former lead singer of Paul Revere & The Raiders, The Cowsills and The Spencer Davis Group featuring Spencer Davis. Tickets for the show are $25 and $35.

Berlin featuring Terri Nunn will take your breath away when they rock the Main Stage on Tuesday, August 9. Formed in 1978, the California-based new wave band found success in the ‘80s with hit singles like “Sex (I’m A…)” and “No More Words.” They’ll bring their biggest hit, “Take My Breath Away,” to this year’s Fair, which won an Academy Award for Best Original Song after being featured in the 1986 film Top Gun. After disbanding in 1987, the 2013 album release, Animal, featuring the hit single “It’s The Way,” brought Berlin back into the spotlight. Terri Nunn, an original Berlin band member, now performs with Chris Olivas, Carlton Bost and Dave Schulz.

Joining Berlin is Grammy-winning English new wave band A Flock of Seagulls, best known for the hit “I Ran (So Far Away).” The “Space Age Love Song” music video, another of the band’s hit singles, featured an iconic hairstyle that they continue to be recognized for. Their album, D.N.A, won the Liverpool-based group a 1983 Grammy Award. All tickets for the 7:30 PM show are $22.

Tickets for both shows will go on sale Friday, April 22 at 9:00 AM at WiStateFair.com and the State Fair Ticket Office. All tickets, both track and grandstand, will be reserved for the two shows. Online tickets will have print-at-home and mail-order options, and service fees will apply. The State Fair Ticket Office is located at 7722 W. Greenfield Ave. in West Allis and is open 9:00 AM to 3:00 PM Monday through Friday. All Main Stage tickets INCLUDE FAIR ADMISSION when purchased prior to entering the Fair Park. Tickets for previously announced shows, including Shawn Mendes, Halestorm, Rascal Flatts, Newsboys, Happy Days: Live, Pat Benatar & Neil Giraldo and Melissa Etheridge, I Love The 90’s, Phillip Phillips and Matt Nathanson and the Beach Boys, are on sale now.

The 2016 Wisconsin State Fair, presented by U.S. Cellular, will take place Thursday, August 4 – Sunday, August 14. The State Fair offers a unique experience to all who attend and is an exceptional value with 30 FREE entertainment stages, exciting rides and games in SpinCity, thousands of animals, endless family activities, events, contests, vendors and culinary delights.