Wisconsin runners head to Boston, ready for marathon one year after bombing 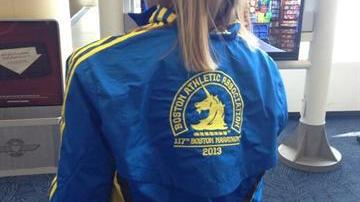 MILWAUKEE -- Runners from all across the world head to boston for the 118th running of the Boston Marathon.  The Wisconsin runners are looking forward to getting back after the chaos at the finish line.

It's been more than a year since bombs blew up near the finish line.

\"Oh yeah you could hear it, you could see it,\" Kim Mackowski of Shorewood said.

Three people killed, more than 250 hurt. One year later people from the Milwaukee area are eager to get back.

\"It's actually why we're going back,\" Deb Blaha of Brookfield said.

Blaha  will run again.  She finished 15 minutes before the bombs went off.

\"It was nervewracking because the scariest part was we couldn't find other people we were with,\" Blaha recalls.  \"We didn't know what was going to happen next.\"

She's running with her husband this year.   She's hoping the race goes well for all the runners - but more importantly - the people of Boston.

\"I'm not really nervous, I'm just honored to be running it again.\"

Mackowski was two blocks from the finish line when it happened.  She's back for a third time.

Her son was with her last year as a spectator - close to the explosion.

\"My son was with me last year, he was pretty shook.\"

She had friends who finished right by it.

\"Definitely needed to go back,\" Mackowski said.  \"The two friends I'm meeting out there finished just moments before the bomb went off. I think their experience was even more intense than mine.\"

Getting together with friends and fellow runners will make it memorable again.  She says it'll be nice to get going after all the buildup.

\"You can't talk about the PR, you can't talk about all the wonderful things that happened prior to that, that's kind of just gone. Hopefully this is a day where all of those memories can be talked about instaed of what occured.\"