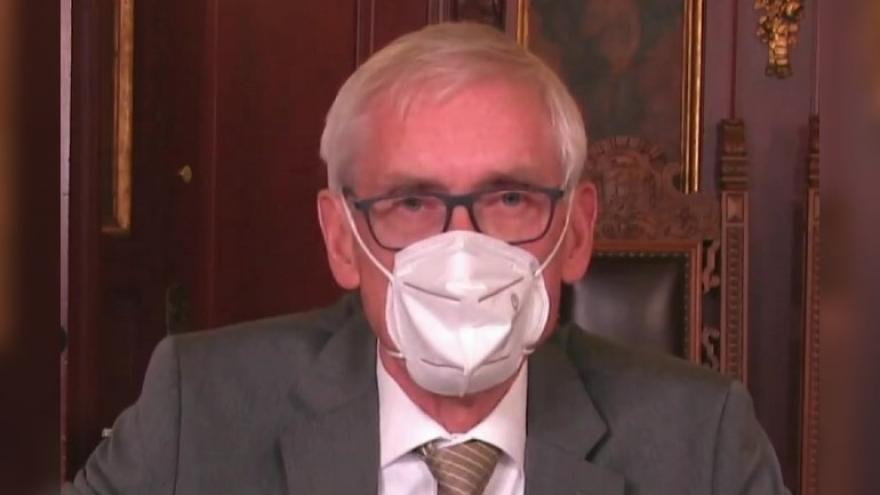 Lawmakers voted (18-13) with all Democrats in opposition of the resolution that would invalidate the mask requirement. Two Republicans, Sen. Rob Cowles and Sen. Dale Kooyenga joined Democrats in voting against the measure. The resolution, which does not require Gov. Evers' signature, will now head to the Assembly for consideration.

The resolution would not impact local mask ordinances which are currently in place in Dane and Milwaukee counties.

Republicans argue the resolution is not about mask-wearing, but instead believe the Evers administration should have received input from the legislature before implementing orders related to the pandemic.

"The governor for all this time until last year has never asked the legislature and asked for the authorization to continue a mandate,” said Nass.

Democrats held a media briefing ahead of the vote calling the move dangerous and ludicrous.

“Time and time again our Republican colleagues have fought against basic health measures,” said Sen. Melissa Agard (D-Madison). “That’s ludicrous, we know masks are the number one way we can stop community spread and keep us safe.”

A majority of Republicans in the legislature have supported efforts seeking to overturn Gov. Evers' and the Wisconsin Department of Health's emergency orders throughout the pandemic, which are aimed at preventing the spread of the virus. Last year, Evers' ‘Safer at Home’ order was struck down by the State Supreme Court which encouraged Wisconsinites to stay home.

During session, some lawmakers and their staff were seen not wearing masks and others just removed them when they spoke on the floor.

Wisconsin is nearing the loss of 6,000 individuals from COVID-19 since the start of the pandemic. As of Monday, DHS data show there are over 20,000 active cases across the state.

“This clearly is not about public health but instead political games, power and control,” said Dr. Kristin Lyerly, a physician from Green Bay who spoke in opposition to the vote. “The people of Wisconsin, my patients, my neighbors, we’re tired of it.”

More than two dozen health organizations signaled their opposition to the resolution, including state health officials.

"Let me also double down this is no time to remove a mask mandate in our state," said Julie Willems Van Dijk, Deputy Secretary at DHS.