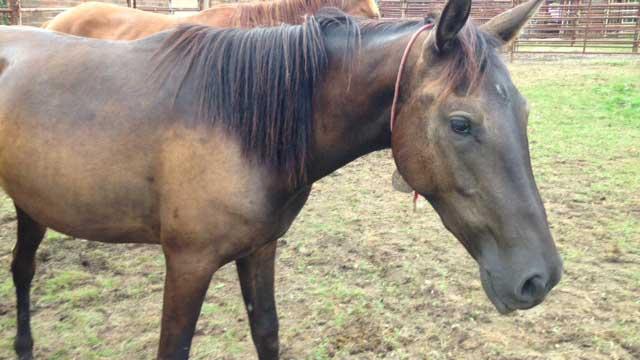 On Sunday, November 29 at 4:42 PM the Waupaca Sheriff's Office received a complaint from a rural New London resident who resides on Crain Road. The man reported that his 5-year-old pregnant mare horse had been "maliciously vandalized."

He told officers that his horses were acting as if they had been spooked so he went out into the pasture where he found the mare injured and bleeding.

The man called a local veterinarian to treat the horse who determined the mare was injured during a sexual assault. The owner of the horse believes the sexual assault could have occurred Saturday night or early Sunday morning. He reports that the horse was acting normal late Saturday afternoon.

The mare and her baby are expected to survive.

The Sheriff's Office has made contact with a person of interest who has a past history of sexually assaulting horses. No one has been taken into custody.

Horse owners in the area are encouraged to keep a close eye on their horses and notify law enforcement if they see something suspicious.

The Sheriff's Office is seeking information about the incident over the weekend and is asking anyone who may have seen something suspicious or strange vehicles parked in the area to call 715-258-4466.