Wisconsin operating with no limits on Evers’ emergency orders; over 50 issued since pandemic began

NOW: Wisconsin operating with no limits on Evers’ emergency orders; over 50 issued since pandemic began

MADISON, Wis. (CBS 58) -- Wisconsin is currently operating as one of only a handful of states that allows the governor and state health officials no limit on how long an emergency order can last, according to a report.

There are 15 states that allow emergency orders to last for an unlimited amount of time as governors across the country have used them as a tool to respond to the COVID-19 pandemic.

A report by the Wisconsin Institute for Law and Liberty, who's been involved in several challenges to Gov. Tony Evers’ emergency powers, shows Wisconsin is currently functioning as one of those 15 other states that doesn’t cap how long emergency orders can be in place.

The governor has the power to issue as many executive orders as he wants, but Republicans and WILL argue once the order expires after the 60-day limit it can only be extended with approval from the Legislature. They also believe Evers can’t issue similar orders, such as requiring face masks, related to the same event, in this case the pandemic.

Evers issued another mask mandate swiftly after Assembly Republicans voted to strike it down earlier this month.

The vote to eliminate the mask order was opposed by over 60 organizations, a majority of them involved in health care, all urging Republicans to keep the mask order in place, calling it a critical tool to prevent the spread of the virus.

While these orders are subject to a 60-day timeframe, Rick Esenberg, president and general counsel of WILL, said the Evers administration is acting unlawfully by not seeking input from lawmakers before extending or issuing back-to-back emergency orders.

“It makes absolutely no sense given the fact that (Evers') authority is limited to 60 days, to allow him to get around that by declaring one emergency after another and another,” Esenberg said. “It’s concerning because he could issue other emergency orders down the road to deal with climate change, racism, crime and immigration.”

In the Midwest, Wisconsin’s 60-day limit is the longest, with Illinois, Iowa and Minnesota capped at 30 days. Michigan sets the limit for emergency declarations to 28 days.

Nearly half of the states, Republicans and some Democrats, have sought to limit their governor’s emergency powers in 2020, according to the National Conference of State Legislatures.

Assembly Speaker Robin Vos (R-Rochester) said he’s open to the idea of finding ways to restrict emergency powers because he believes existing laws give Evers broad authority in responding to the coronavirus pandemic.

“I think the law we had in place should have worked the way it was intended, but now as history shows, a year ago it didn’t work,” Vos tells CBS 58. “People need to realize we are one of 50 states struggling with this, we are not the only one, it’s not really a partisan topic.”

Any attempt to restrict executive powers wouldn't be a first for Republicans after they passed a series of laws back in 2018 before Evers was sworn into office limiting his authority.

Democrats and Governor Evers have argued any attempt to limit emergency powers could result in devastating consequences as it could make it difficult to act quickly during a crisis. 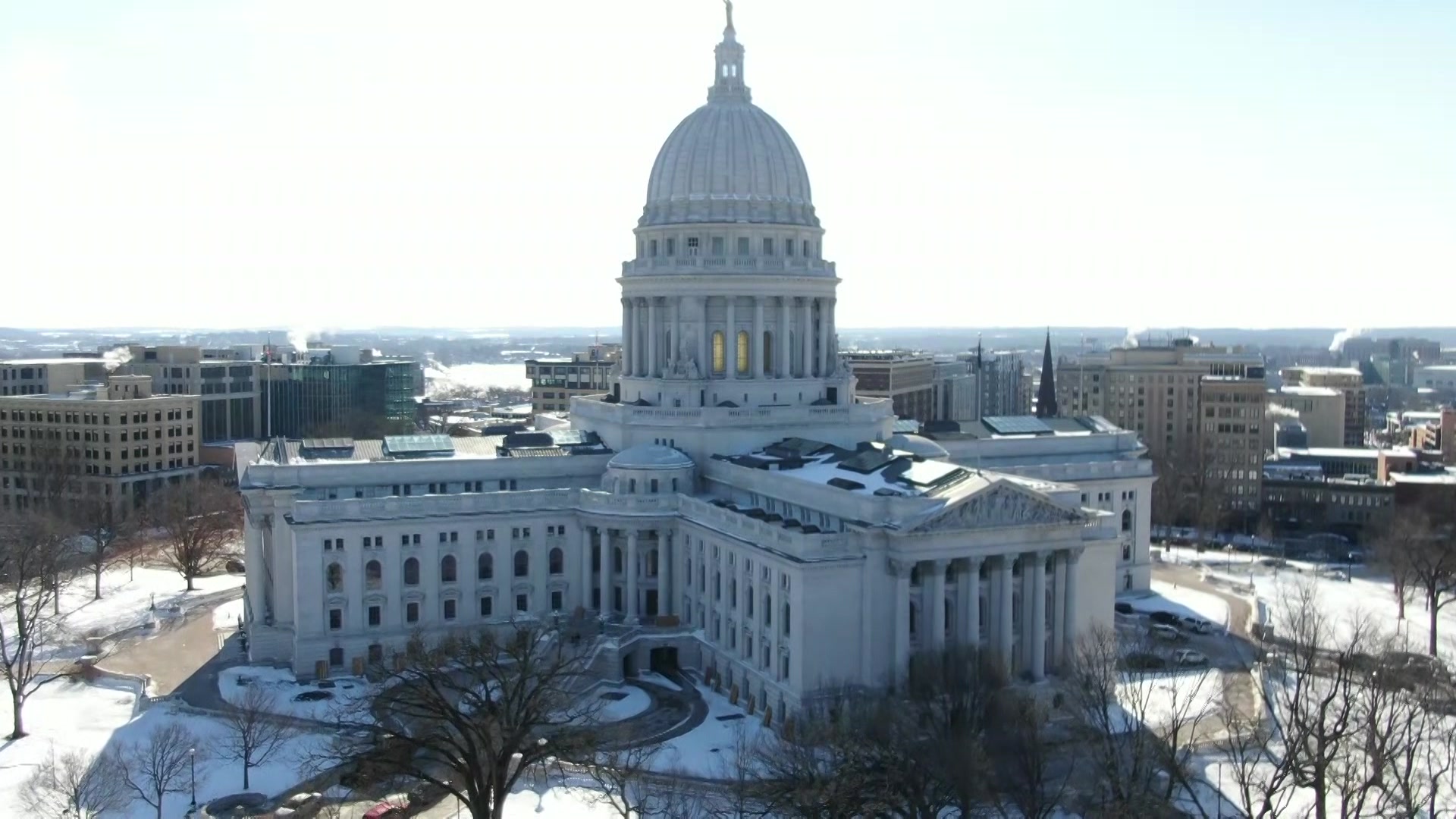 “Other governors have done this before in different circumstances,” Evers said in an interview with CBS 58 shortly after issuing his mask order. “Obviously, this is the most difficult circumstance.”

Esenberg said the issue is not about limiting his ability to respond to an emergency but instead that the governor needs input from the Legislature.

“We want to allow the governor to respond quickly and appropriately but only for so long as it takes to get the Legislature to get back together so we can return to the form of governing that is specified in our constitution,” he said.

Since the pandemic began, the Evers administration has issued 52 emergency orders related to COVID-19 ranging from March 12th, 2020 to February 4th, 2021, according to WILL’s report. Five of them have been challenged in court.

The governor’s mitigation strategies in an attempt to contain COVID-19 have been met with repeated lawsuits since last April. Nearly every order he’s enacted has faced criticism and pushback by Republicans who’ve spent millions on litigation to restrict Evers and his top health officials’ ability to respond to the pandemic.

“Well, every step of the way, our statewide strategies to contain this virus and prevent the spread have been met with lawsuits, political rhetoric, and obstruction,” said Evers in a video message on February 4th.

Evers believes he can issue multiple emergency orders because the pandemic changes over time, using the example of how a river can flood multiple times in a season.

“When it came flooding in the past, governors have been able to (issue) order after order after order as the water goes downstream,” Evers told CBS 58 shortly after issuing his mask order. “It’s pretty simple stuff. It's been based on new facts so I believe it’s lawful or I wouldn’t have done it.”

This is the center of a new legal challenge after a Republican donor Jere Fabrick asked the Wisconsin Supreme Court to issue a temporary injunction to block the statewide mask mandate.

The high court also heard arguments back in November on another lawsuit seeking to restrict Evers’ executive powers during the pandemic. The suit alleges Evers cannot continue to issue emergency orders because the initial emergency declaration has expired. The court has yet to rule on the case.

Speaker Vos indicated depending on the ruling he might open up the conservation again to finding ways to limit Evers' emergency powers.

“We might end up doing that, and making it partisan is not my intention but doing it in a way where people have an honest conversation and don’t just fall into the same political rhetoric….we'll see if that can happen,” Vos said.

Republicans successfully won their lawsuit last spring that ended Evers’ ‘Safer at Home’ order that encouraged residents to stay home as the pandemic raged on. This resulted in giving the local governments the authority to enact their own restrictions to address COVID-19.