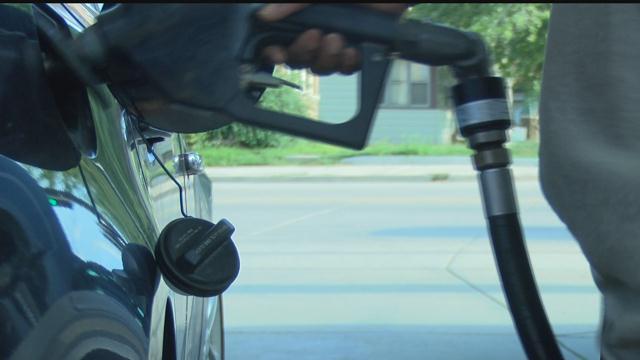 It's a price drivers pay attention to when its time to fill up, because at the gas pump, it's important to get the most bang for your buck.

"We work so hard for our money," said consumer Fil Martenz.

But in Wisconsin, your money may not go as far as it should.

Under the unfair sales act or minimum markup law, gasoline retailers must charge a certain percentage over cost, meaning you pay more.

"Consumers are the ones hurt by this," said Rick Esenberg, general counsel of the Wisconsin Institute for Law and Liberty, or WILL.

The minimum markup law prevents retailers of all kinds from selling their products too low. It instead creates a fair price, so small businesses can compete with big, national stores.

"It protects exiting businesses," said Esenberg. "It protects them from competition and that's the real problem."

WILL filed a lawsuit this week on behalf of Krist Oil company and citizen Robert Lotto.

It argues the legislation violates the plaintiff's rights to earn a living and benefit from a free market, a theory Esenberg believes will stand in court.

"That is, to test whether or not the state of Wisconsin has even a rational reason for prohibiting low prices," he said. "We don't think the state does."

The Wisconsin Petroleum Marketers and Convenience Store Association, WPMCA, said the law guarantees that retailers can provide their customers with competitive-prices.

In a statement, the president said, "this is just another attempt to create a solution for something that's not a problem in Wisconsin. It's more than time to let the Unfair Sales Act do its job - and focus on real problems."

According to the WPMCA this is the 12th challenge to the law. Esenberg expects it will be several years before a final decision is made in the case.