MILWAUKEE (CBS 58) --  A Wisconsin native performed the National Anthem at Miller Park Wednesday. The trumpet player is just short of reaching his goal to perform at all 30 MLB stadiums.

Jim Doepke was proud to perform the National Anthem before his hometown crowd Wednesday. The trumpet player has performed the song at 28 different Major League Baseball parks.

“It's a great way to give back and honor everyone who's given us our freedom,” Doepke said.

He was happy to be surrounded by fellow Brewers fans as he played in front of thousands at Miller Park Wednesday.

“It's always great to come back home,” Doepke said. 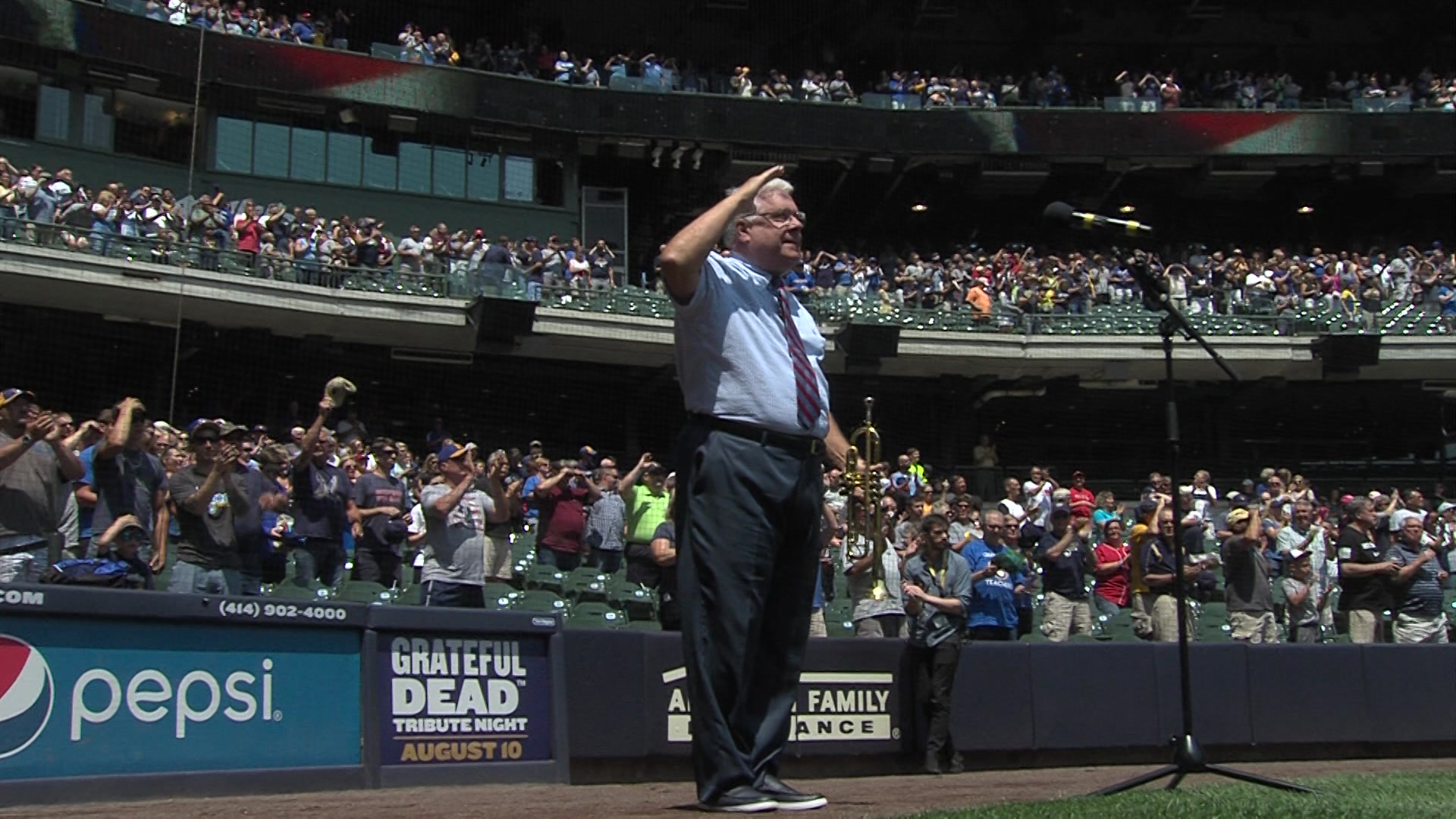 The retired Waukesha band teacher used to play in his seats at Miller Park.

“I would bring my trumpet and play in the stands," Doepke said. "Charge, and whatnot during the game."

One day while he was in his seats he says an official with the Brewers approached him, and he thought he was in trouble at first.

That moment sparked the trumpet player's patriotic quest. Doepke only has two stops left until he will have played at all 30 MLB parks. He’ll be at the homes of the Marlins and Braves in September.

“It feels good to be close to the end,” Doepke said.

With the crowd silent, their hats off and hands over their hearts, Doepke says being able to play the National Anthem is an honor he feels every time he walks onto the field.

“For a moment all the fans are together,” Doepke says. “Thinking about how lucky we are.”