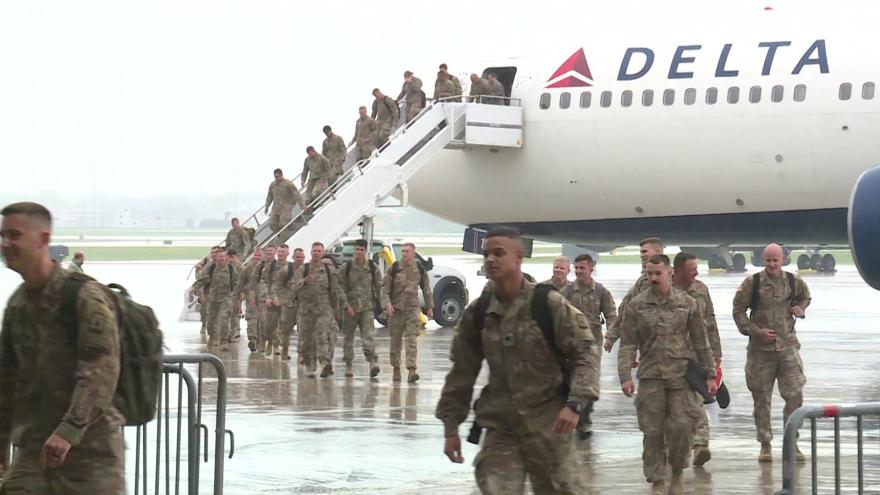 Their plane landed at the 128th air refueling wing after a nine-month deployment to the Middle East.

One soldier we spoke with says he couldn't be happier to return home.

"My father Daniel has been a staunch supporter in me being deployed, sending countless care packages, checking in on me during the holidays, he's always been a great morale booster," Oconomowoc National Guard Soldier Brandon Berg said.

During their deployment, soldiers helped defeat ISIS and trained with troops from other middle eastern countries.