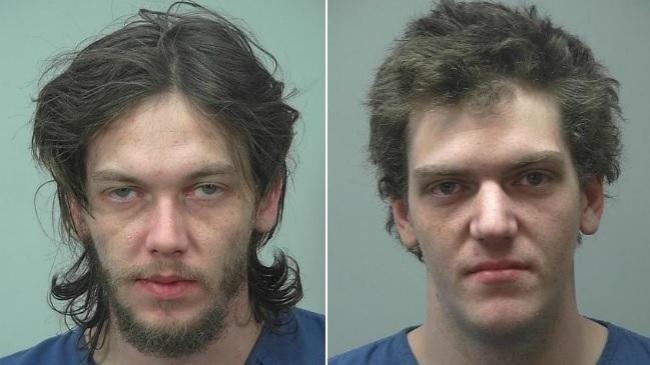 MADISON, Wis. (CHANNEL 3000) - Two Madison brothers allegedly pocketed tossed Walmart receipts and attempting to get return cash for goods they took off the shelf, according to a news release.

Madison police said 25-year-old Jesse V. Farber and 28-year-old Dylan Farber, of Fox Lake, claimed that they drove some 60 miles Monday night from Fox Lake to the Watts Road Walmart in Madison to use the bathroom.

Loss prevention officers told police the Farbers are known at various Walmarts in Wisconsin because they are believed to snatch receipts tossed into trash cans or dumpsters outside Walmart stores by legitimate customers. The Farbers then come into stores, find merchandise that matches those on the ill-gotten receipts and "return" the items for cash, police said.

At about 9 p.m. Monday, both brothers pulled off false returns, and staff called police, according to the report.

Police said Jesse Farber had seven Walmart receipts in his wallet and 18 more were seized from the van the brothers had used for the road trip. The receipts were from several Walmart stores including those in Madison, Sun Prairie, Monona and Fond du Lac.

Police said hypodermic needles and other drug-related items were also found in the van.

Jesse V. Farber was arrested on suspicion of retail theft and bail jumping.