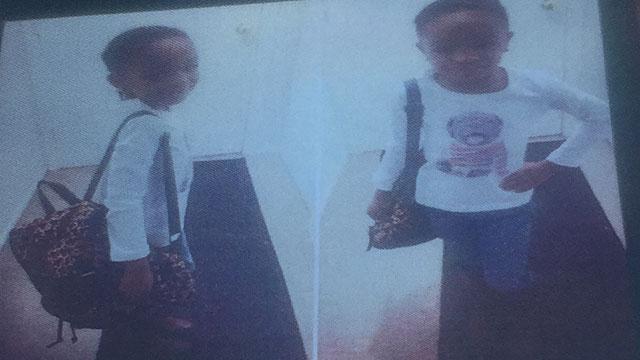 EAST POINT, GA (CBS46) - A man who moved from Wisconsin 28 days ago to Georgia has been charged after his 7-year-old daughter went missing.

East Point police say a father and his girlfriend are in custody in connection to a homicide investigation that was launched after a 7-year-old girl was reported missing.

"We are transitioning this investigation from a missing persons to an active homicide investigation," said East Point Police Captain Cliff Chandler.

Police said the couple had told them the last time they saw Kamaire was Wednesday night as they tucked her in.

"The father woke up at around 8 o'clock this morning and said that they found the front door for their apartment open and Ms. Wash missing," said Chandler.

East Point police said they continued to question the couple and, based on interviews along with information from Bartow County authorities and the GBI, officials realized this was now a homicide case.

CBS46 has learned Kamaire's birth mother lives out of state.

Meanwhile, police in Bartow County are investigating a body found in Lake Allatoona by two fishermen. They're awaiting confirmation on if the body found is that of Kamaire.

Bartow County Coroner Joel Guyton said Friday morning the body pulled from Lake Allatoona was that of a female child, but did not identify her.

Due to the decomposition of the body, the coroner's office was unable to determine the child's race.

Based on his professional opinion, Guyton believes the body may have been in the lake anywhere from 3-to-4 days.

The coroner turned the body over to GBI for autopsy and identification.  At this time the GBI is working vigorously to determine the identification of the child.

"Bartow County is working an investigation into a body that was located in some water and we are working our homicide investigation we are running basically parallel concurrent investigations seeing if there's going to be some overlap at some point," said Chandler.

Check back with CBS46, CBS46.com and our social channels for the latest developments.