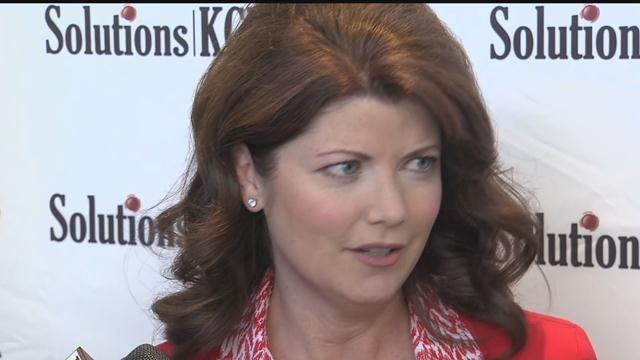 The other big story of opening night was Melania Trump's speech.

In an unconventional move, Donald Trump briefly appeared on stage to introduce his wife.

While Mrs. Trump made a good impression her speech did not come without controversy as at least one passage was similar to First Lady Michelle Obama's convention speech in 2008.

"From a young age my parents impressed on me the values that you work hard for what you want in life,” said Melania.

"Barack and I were raised with so many of the same values. Like: you work hard for what you want in life," said First Lady Obama.

"That your word is your bond and you do what you say and keep your promise,” said Melania.

"That your word is your bond, that you do what you say you're gonna do," said First Lady Obama.

Some believe the controversy has knocked the trump campaign off message at a time when it's trying to focus on the issues.

But many Republicans are jumping in to defend Melania Trump including Wisconsin's lieutenant governor.

Kleefisch was asked about the similarities between a part of Melania Trump's speech and a 2008 speech from Michele Obama.

Kleefisch said Trump put her heart and soul into what she said last night and out of 35 minutes  there were only a couple of similarities.

“And the similarities were that she had hopes and dreams for the children of America.  That she believed in her husband and his belief in this country. Well I would hope that anyone who would be the future first lady of the United States would say things like that. Those are meaningful things and things that we need to hear,” said Kleefisch.