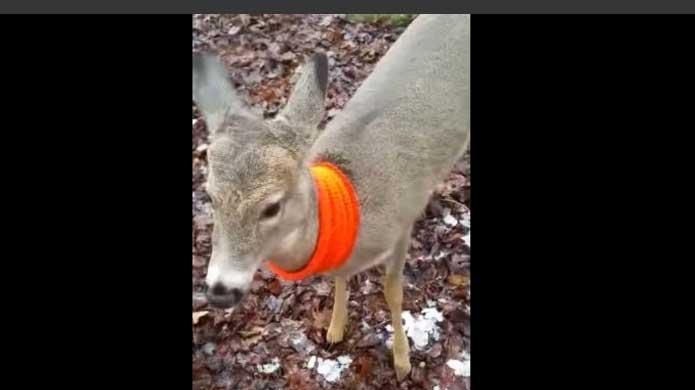 (WFRV) A Wisconsin hunter found a deer walking towards him that was wearing an orange scarf.

Brian Powers was hunting in a large wooded area about 15 miles outside of Wausau when he noticed a small deer alongside a creek.

"This deer lives in the wild but is friendly toward humans and someone was smart enough to put the orange scarf around his neck to try to protect him," Powers said.

Powers said he saw the same deer in the afternoon, and it came right up to him again.

He says that in his 42 years of hunting, he has never experienced something like this.