WISCONSIN (CBS 58) -- The Wisconsin Humane Society (WHS) is welcoming 62 beagles from Virginia as part of a group being removed from a mass-breeding facility.

The Envigo facility in Cumberland, Virginia is accused of breeding dogs with the intention of selling them to laboratories for animal experimentation. The Humane Society of the United States is coordinating the removal of about 4,000 beagles from this facility after a lawsuit was filed against Envigo by the Department of Justice in May, alleging Animal Welfare Act violations. 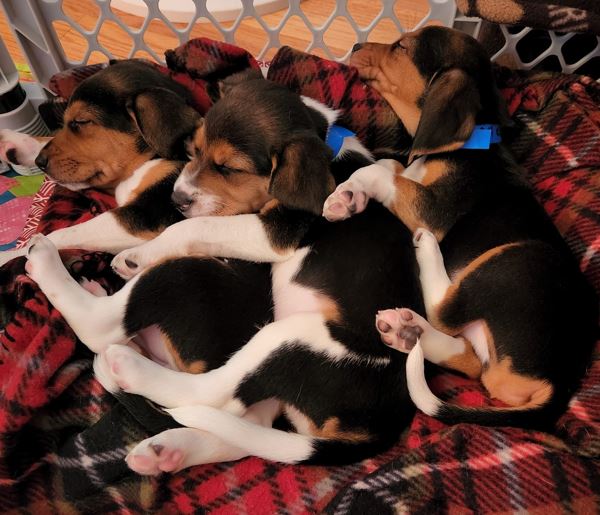 Federal inspections resulted in dozens of violations, according to WHS, including findings that some dogs had been "euthanized" without first receiving anesthesia, that dogs had received inadequate veterinary care and insufficient food, and were living in unsanitary conditions.

WHS says they transported nine beagle mothers and 53 puppies over the weekend as part of the operation. All 62 dogs are currently in foster homes throughout southeastern Wisconsin.

“On Saturday night, our team welcomed, examined, and placed all 62 animals in foster homes in less than two hours, said Alison Fotsch Kleibor, WHS executive vice president – CEO designate. “It has been such a powerful experience to be a small part of the journey for these animals and an even greater privilege to be a part of the team who made it happen.”

“It takes a massive network of compassionate, expert shelters and rescues to make an operation of this scale possible,” said Lindsay Hamrick, shelter outreach and engagement director for the Humane Society of the United States. “We are deeply grateful to each organization that is stepping up to find these dogs the loving homes they so deserve.”

WHS says the beagles will be available for adoption once they are old enough to be placed into new, loving homes.

Those interested should review the adoption process at www.wihumane.org/adopt.

To make a donation to help support their care, click here.