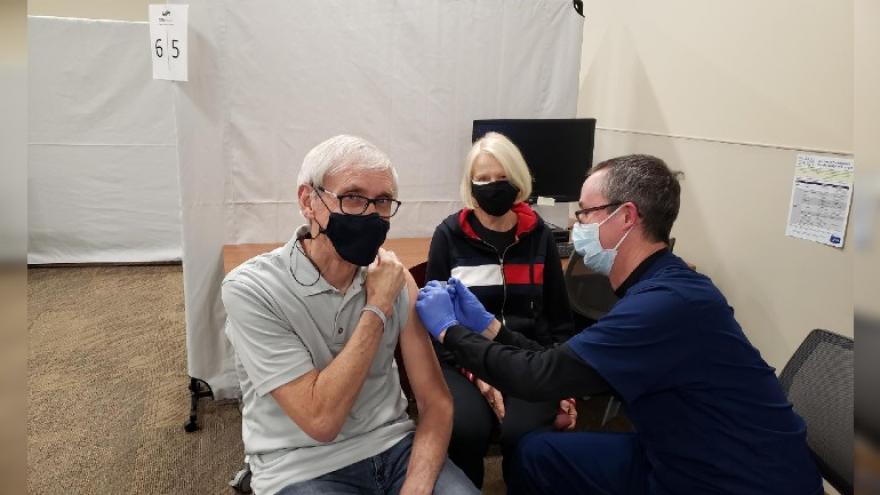 The pair received their second shot Friday, March 12, on the one year anniversary Evers declared the first public health emergency in the state.

A year ago today, I declared the first public health emergency in response to #COVID19. Today, Wisconsin leads the country in vaccine doses used, and with a third of Wisconsinites 65 and over fully vaccinated, Kathy and I were excited to join them by getting our second doses. pic.twitter.com/04Ob5UTGCQ

Gov. Evers was in Kenosha County on Friday for a behind-the-scenes tour at their new vaccination clinic. He called it a well-oiled machine.

It came a day after the state announced the next group eligible for vaccinations.

Gov. Evers said everyone in Wisconsin will be eligible for the coronavirus vaccine on May 1. State health officials said Thursday that everyone in the state would be eligible sometime that month.

Health officials have previously said everyone who wants to be vaccinated will be able to get it by early July.