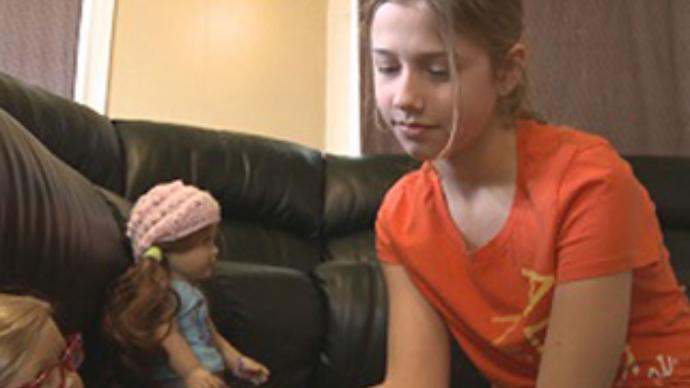 ANTIGO (WSAW) - It’s been two years, but an Antigo girl’s determination is finally paying off.

Anja Busse started a petition asking the American Girl doll company to produce a diabetic care kit, so that she’d have a doll just like her.

“Well treating Type 1 diabetes, I check my blood sugar and I take insulin every day and I count carbs for my meals. So I'm constantly crunching numbers, so you can imagine I'm pretty good at math now, she explained.

Anja is in charge of her health now, but immediately after that life-threatening diagnosis in 2013, her family had to learn how to keep her alive. Feeling alone, she thought perhaps she could seek comfort in her American Girl doll, Alice. They have the same red-rimmed glasses, long golden hair, but there was one glaring difference.

“If my doll had a kit just like me it wouldn’t be as strange for me to have this disease so when we had gone onto the site to see if it was there, we didn’t see it anywhere so that’s why I started a petition on change.org to have American Girl make diabetic supplies,” she said.

“I thought it was a great idea when she came up to me and she asked me, it made sense to me. I’m a business person and she wasn’t asking for a brand new doll or anything, she was asking for an accessory and i though it would fit perfectly with the American girl line,” Ingrid said.

American Girl said they receive thousands of requests from customers. The company hasn't’t said whether Anja’s petition was part of its decision to create the diabetic care kit, but in January the supplies appeared on store shelves.

“It was just amazing, being able to see all the supplies, seeing all of the little part so fit, being able to put it on the doll, prick her finger, doing all the things that I would do was really amazing,” she exclaimed.