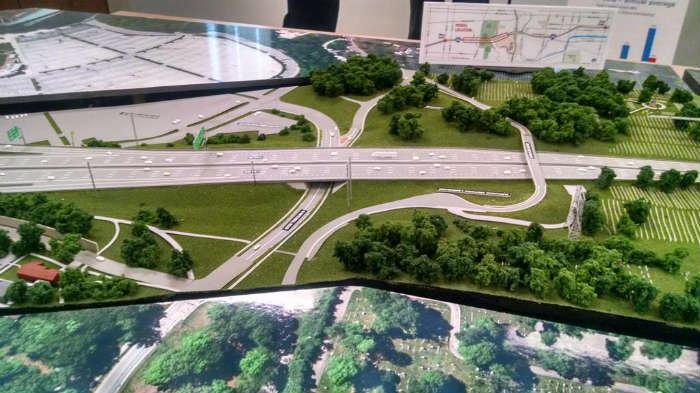 The Wisconsin Department of Transportation (DOT) announced Tuesday its preferred alternative plan for the I-94 east-west corridor that will cost $850 million dollars. DOT officials proposed making the 3.5 mile stretch into four lanes in each direction.

Officials had been discussing between expanding the interstate and constructing a double deck. The expansion would cost $270 million less, said Mark Gottlieb, DOT Secretary.

\"We can't make everyone happy with every decision but I'm confident that in this corridor. We're making the best decision for the traveling public,\" Gottlieb said.

The corridor is between 16th and 70th streets. The stretch of I-94 has been open to drivers since the early 1960's.

\"We've got about  roughly about 110 feet of public right away but the way we would achieve that is we do compromise our lane width from 12 feet to 11 feet in that small section,\" said Brian Bliesner, chief engineer for the project.

Two public hearings were held to get input on the project. However, Tuesday's announcement was only open to the media. The group, Wisconsin Public Interest Research Group, wasn't allowed in the news conference.

\"The coalition for more responsible transportation has proposed an alternative that would repair the highway, that would repair I94 and return it to good state of repair and at the same time make repairs in transit as well,\" Peter Skopec, campaigns director for the group.

One of the proposed changes includes modifying access points to Hawley Road. Gottlieb said it would help facilitate access to and from the west.

The Mayor of West Allis, Dan Devine, said in a statement that he was disappointed with the DOT's decision to eliminate partial access at Hawley Rd.

“While this is not the ideal situation, we are confident in the City of West Allis' resiliency and ability to rise to this challenge,” Davine stated.

The next step in the process will be for the DOT to meet with local officials, agencies and the public. The Federal Highway and Administration Department will need to approve the plan before the design process begins.

Construction could start as early as 2019.