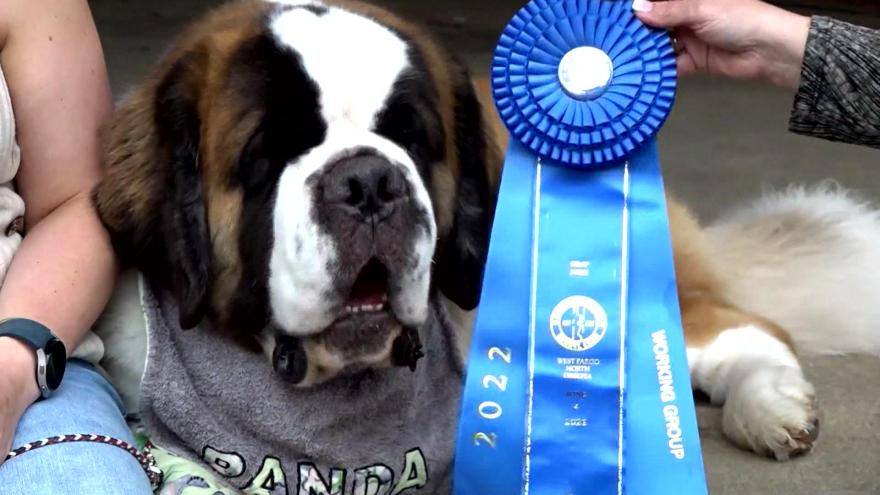 WISCONSIN (CBS 58) -- A Wisconsin dog is heading to New York to compete in the Westminster dog show.

This is Panda, a two-year-old Saint Bernard.

Panda was bred in Monroe County by a family who now has eight Saint Bernards.

Only the top five dogs -- per breed -- are invited to compete in what is known as the Super Bowl of dog shows.

Panda could not get an invite, but they did get him into the competition.

He will head to New York for the Westminster later this month.