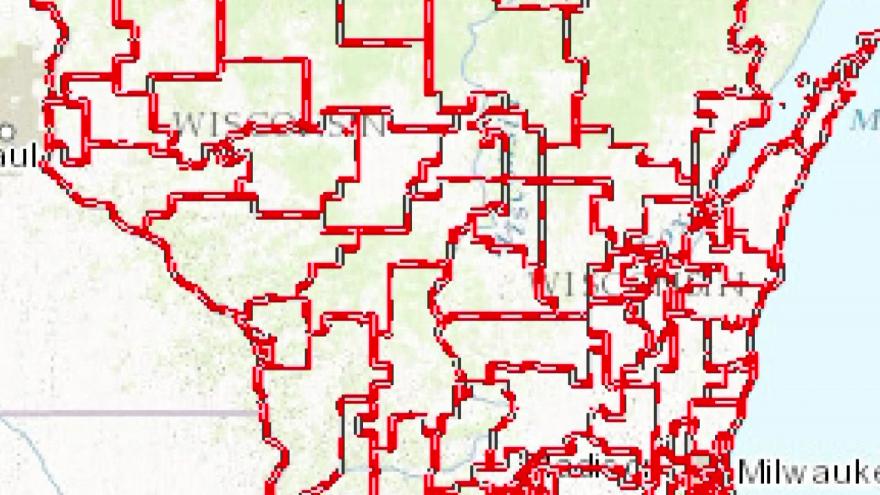 MADISON, Wis. (AP) — Wisconsin Democrats scored a huge win when Tony Evers captured the governor's office last month. But an even bigger fight is looming as Republican lawmakers prepare to redraw legislative boundaries, stirring fears among Democrats that their rivals could take unprecedented steps to remove Evers from the process.

State law requires legislators to redraw the boundaries every 10 years to reflect population changes. It's a high-stakes task since the party in control can craft maps that consolidate their power and lock in their majority for years.

The last time lawmakers drew new boundaries was in 2011, when Republicans controlled the Senate, Assembly and governor's office.

The next round of redistricting is set for early 2021. After suffocating for a decade from the 2011 maps, Democrats had high hopes in the first days after the election that Evers would block another set of Republican-drawn boundaries.

But nervous Democrats fear Republicans may take steps to remove or weaken the governor's power in the redistricting process.

"There's just about anything you can do if you really want to," U.S. Rep. Mark Pocan, D-Madison, said earlier this month. "I'm just concerned. I'm watching everything. It's just the wrong thing to do. You already have gerrymandered the state enough that you have all of the seats that you could possibly want."

Republican leaders have said they don't plan on tinkering with redistricting when they return in December for a lame-duck session to advance their priorities and take some power away from Evers before he takes office. But they haven't released their proposal, fueling concerns among Democrats.

Assembly Minority Leader Gordon Hintz asked the Wisconsin Legislative Reference Bureau this month whether a redistricting plan can take effect without legislation. The bureau's legal services manager, Joseph Kreye, responded with a memo saying any redistricting plan enacted outside of the law-making process "would be inconsistent with historical and legal precedent" and violate the state constitution.

The Wisconsin Constitution requires lawmakers to draw new boundaries following each federal census but doesn't spell out how.

The state Supreme Court in 1952 ruled redistricting plans need to follow the path of any other bill, meaning the maps are subject to gubernatorial approval or veto. The high court issued another ruling in 1964 that it would be unreasonable to exclude the governor from the process.

Those rulings amount to case law, not statutes. Republicans could send Walker a lame-duck bill that gives legislators the authority to adopt boundaries on their own.

Republicans also could adopt their own boundaries later, let Evers veto them and then sue, arguing the maps should become law regardless. The state Supreme Court could rule that previous case law doesn't apply and put the maps into effect.

Removing the governor from redistricting would "fly in the face of the entire history of our state," University of Wisconsin-Madison political scientist David Canon said.

"This could really backfire if (Republicans) try to do this," Canon said. "This would become the rallying cry for Democrats around the state."